Do you avidly read your weekly horoscope and follow it to the letter? Or avoid opening an umbrella indoors to quash bad luck? You may not be the only one!

At TopRatedCasinos.co.uk we conducted a new survey which reveals Brits’ top superstitious beliefs and how they impact our everyday lives and daily decision-making.

From breaking a mirror to the full moon affecting human behaviour, we uncover the most common superstitions across the UK and the differences between cities, generations, genders and salary brackets, as well as the signs from the universe that continue to play a large part in people’s lives! 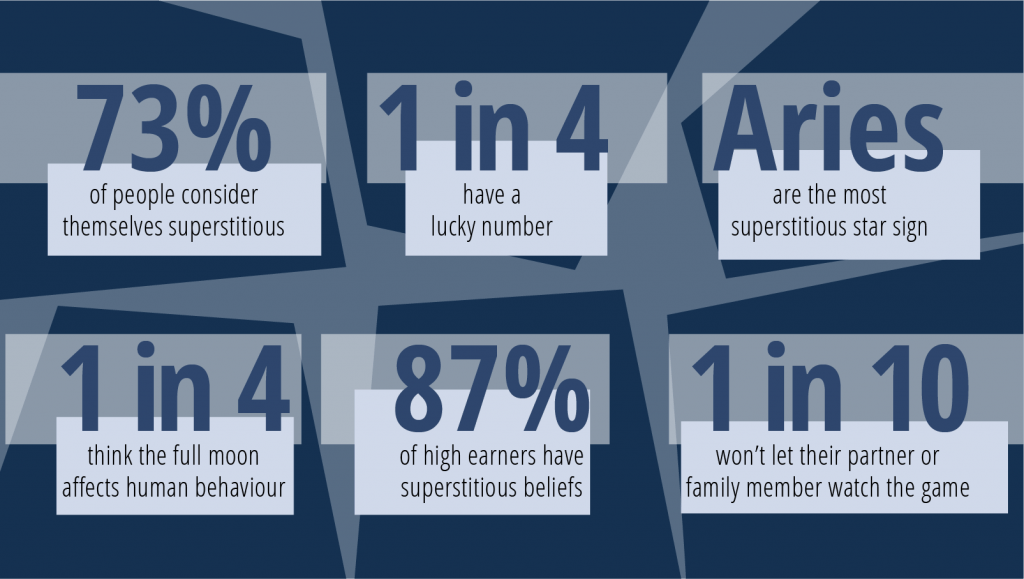 As a nation, we are becoming more superstitious. Of the 1,500 people surveyed, 73% consider themselves to be superstitious, with higher numbers of young people having superstitious beliefs compared to older generations.

When it comes to gender, the research revealed some intriguing differences between women and men’s superstitious beliefs. Whilst it may perhaps be unsurprising that women are more superstitious than men, the research also showed that men are more likely to believe in signs from the universe like the full moon affecting human behaviour and having your tea leaves read than women! 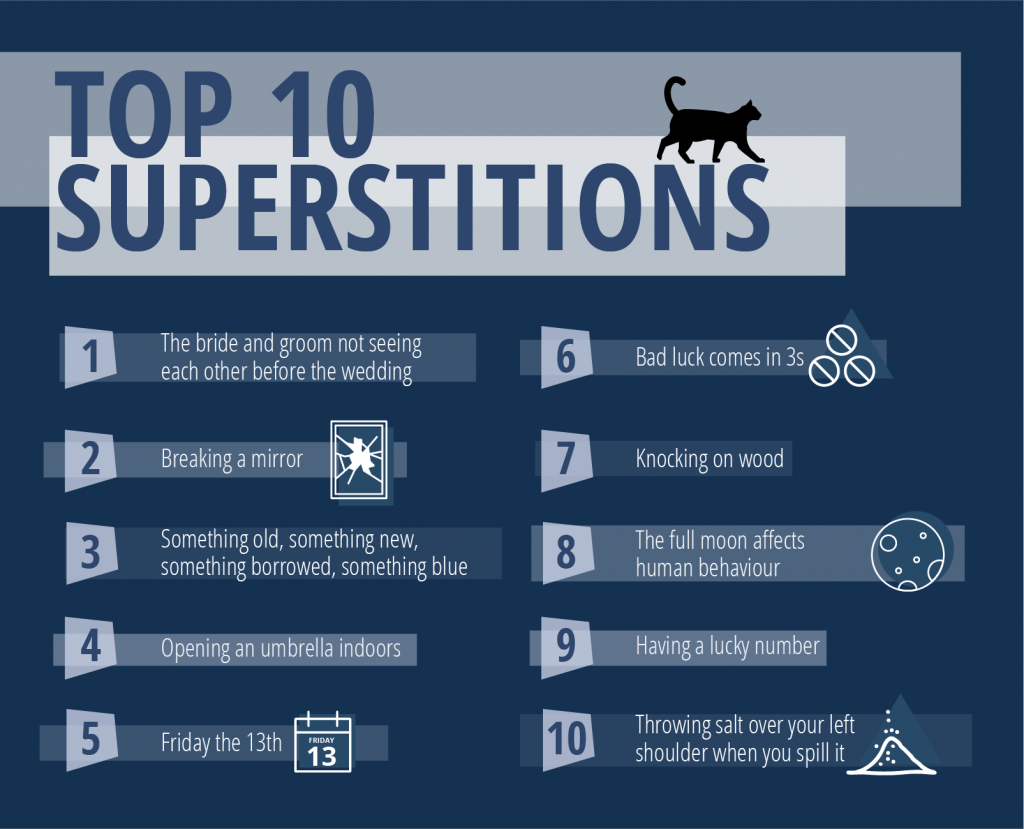 The most common superstitious belief overall is the popular wedding tradition of the bride and groom not seeing each other the morning of their wedding day. Breaking a mirror signifying bad luck comes in second place.

However, it’s not just age-old traditions that people believe. Many also have quirky views and behaviours around sports, with 1 in 10 not allowing their partner or family member to watch the game, believing they’ll bring bad luck!

In particular, the high earners of the UK revealed specific superstitious beliefs relating to sport, including having a lucky item of clothing like a football shirt or scarf. 87% of those on high incomes also admitted to being superstitious, with many avoiding staying in hotel rooms on the 13th floor and travelling on Friday 13th, even if no other dates are available.

With regards to regional splits, Bristol is crowned the superstitious capital of the UK, with Sheffield the least superstitious hotspot. The research also revealed that Londoners were most likely to believe in relationship compatibility based on star signs, whilst those from Belfast are avid horoscope readers! 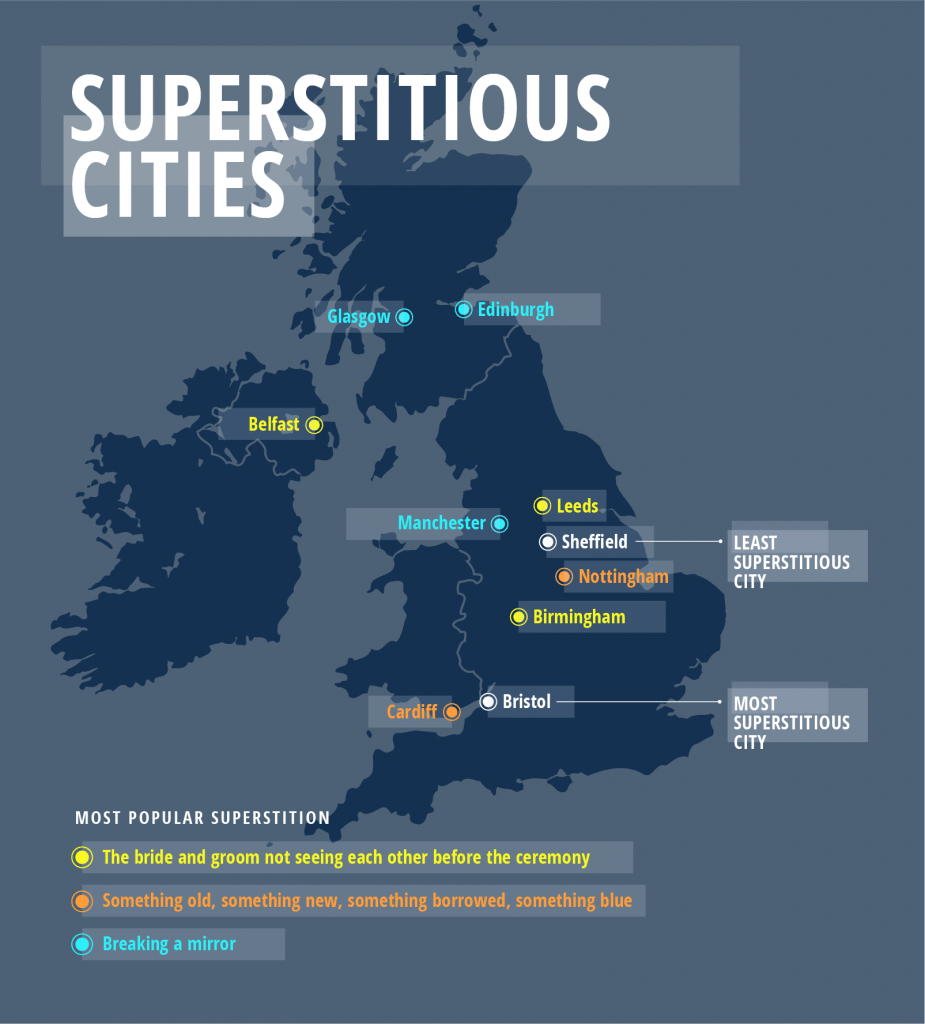 The research also showed that your relationship status has an impact on how superstitious you are, with those who are married but had been divorced being the most superstitious. Divorcees were also superstitious, particularly when it comes to wedding traditions, with 62% believing the bride and groom shouldn’t see one another before the big day. Divorcees were also twice as likely as single people to believe in horoscopes.

TopRatedCasinos.co.uk surveyed 1500 people across the UK to find out their top superstitious beliefs. The data was split by age, gender, relationship status, region, star sign and salary bracket.