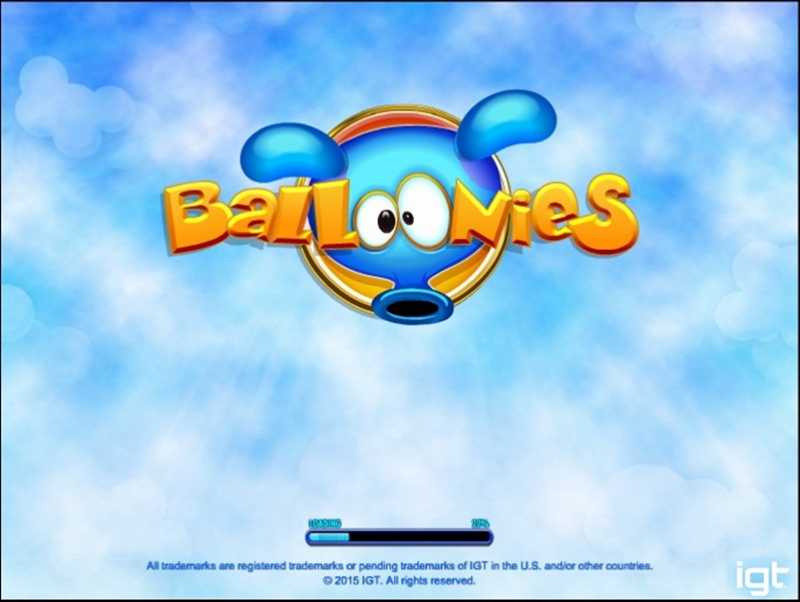 Balloonies is an IGT slot game that was designed for mobile use and is ideal for those who love to access games on the go. A throwback to the fun childhood parties, this game has a lovely balloon theme that may divide players. You’ll either love it or hate it!

In this game, you will find yourself up in the air surrounded by the balloon symbols. There are 10 symbols in total including lots of animal balloons, stars and playing cards.

Are you ready for lots of helium balloon laughter? If you want to enjoy playing a low to medium variance slot game with a cute and unassuming theme plus free spins, wilds and more, then this could be the right game for you. Carry on reading to learn more about this slot game and the best online casino to play it at. 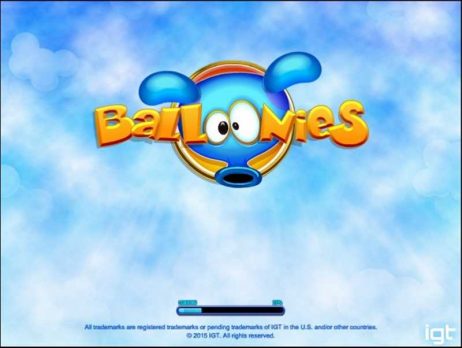 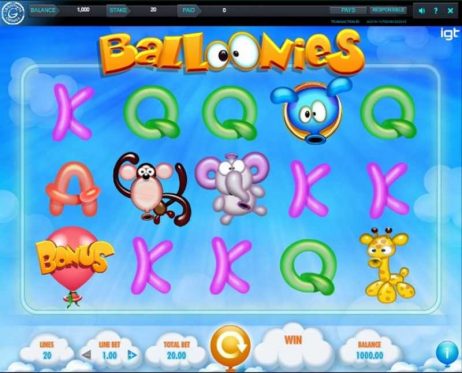 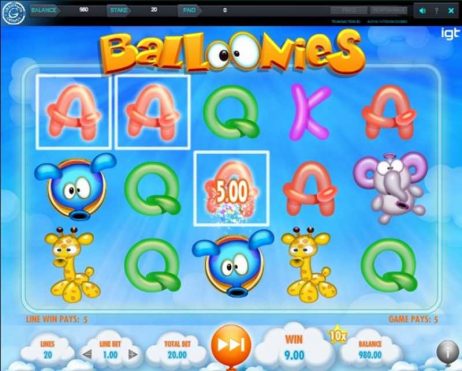 This 5 reel slot game features 20 paylines and a whole host of great bonus features to keep you entertained. To start spinning its reel, all you have to do is set your budget which can be as little as 20p, making it a great option for players even on the lowest of budgets.

Balloonies has an RTP of 92.4% and 96.23% which, depending on how you play, it can either have a very bad RTP or a very good RTP when compared to other slot games. This is a low to medium variance slot game and so you can expect small but regular payouts.

The maximum win in the base game is 1000x your bet and you can achieve this by landing 5 or more of the blue balloon creature symbols on your reels.

If you want to quicken your gameplay, make sure to utilise the autoplay feature which allows you to set the number of spins you want and your bet, then the game will play these spins automatically.

Balloonies is a slot game from IGT, one of the world’s biggest and best software providers. This developer operates in over 450 global gaming agencies and holds licenses from the UK Gambling Commission and the Malta Gaming Authority. All IGT games are tested by a third party to ensure their fairness and integrity, ensuring peace of mind while you spin the reels.

There are 4 special features in Balloonies – a wild symbol, floating reels, star multiplier and free spins.

The wild symbol in Balloonies is the spikey red creature, which looks similar to a hedgehog. This symbols will only land on your second, third and fourth reels.

Everyone loves a free spins bonus round and there are plenty up for grabs in the Balloonies slot. To trigger this round, you’ll need to land the balloon bonus symbols 3 times, but this symbol will only land on your first, second and third reels. Once triggered, you will then get to pop one of the balloons to be awarded your free spins and there are up to 12 available. This is not a free spins round that awards more free spins as you play.

You won’t miss the bright yellow star symbol on the reels and this is the scatter that lands on your first, second and third reels. Keep your fingers crossed for this symbol as it will award 2x your line bet when it lands. Any wins on the spin will also receive a 2x, 3x or 5x multiplier from the star symbol. Players who are lucky enough to get 2 star symbols on the reels will have the multiplier from each combined to give you an even bigger multiplier up to 10x.

Balloonies is a mobile optimised game which means you can enjoy playing it on your mobile or tablet device and it’s available on Android and iOS devices. When playing on a mobile device, you don’t have to sacrifice on the quality of the game as it is designed for mobile use.

How Does it Compare to Other IGT Titles?

IGT has a large library of slot games, many of which are more recognisable than Balloonies, which doesn’t always get the attention it deserves. Cleopatra has become a legend in the world of online slots. This five-reel, three-row slot game has 20 fixed paylines and an Egyptian theme based on the last Pharaoh of Egypt. While this game is one of the most popular in the IGT library, it doesn’t have many bonus features compared to Balloonies with just a wild symbol and free spins feature that awards 15 free spins with a 3x multiplier on all wins.

Golden Goddess is another much-loved IGT slot, transporting you back to Ancient Rome with impressive graphics. Players can spin the five reels and 40 paylines to enjoy wilds, a super stack feature and a free spins bonus. This game is great for high rollers with a max bet limit of £1200 per spin but Balloonies is still, overall, the better and more exciting slot game to play.

If you are looking for a cute and cuddly slot game that won’t cause any offence, then there is no better slot game to check out than Balloonies. The design of this game won’t be for everyone as it is quite childish but for many it’s sure to put a smile on their face. As you can guess from the title of this slot, this theme is based around balloons and, in particular, balloon animals that we all remember receiving at parties when we were kids. Behind the transparent reels is a beautiful blue sky filled with clouds, while on the reels is plenty of different balloon animals including monkey, elephants and giraffes. You will also spot some regular playing card symbols which make up the lower value symbols on the reels.

A great design feature in this game that players will love is that instead of the reels spinning, each of the symbols will float up through the blue sky background. The music is whimsical and you’ll hear the squeaking of the balloons which is a great touch.

Gonzo’s Quest – Gonzo’s Quest is a five-reel, 20 payline slot game from NetEnt that is known for its exciting Avalanche Reels mechanic where symbols in winning combos are removed from the reels and replaced by new symbols to help potentially form extra wins. There are also big multipliers, wilds and free spins to enjoy in this Mayan-themed slot game with a max jackpot of 37,500x your stake.

Bonanza Megaways – Bonanza Megaways is a gold mine themed slot game that offers both the Megaways function and the Cascading Reels mechanic – known here as Reactions. There can be up to 117,649 ways to win with a free spins bonus round and an unlimited win multiplier feature also present.

With the introduction of lots of new legislation surrounding animal and cartoon themed slot games, it’s surprising to see Balloonies still on the market, however, it’s great news for all the players to love to spin its reels and there are many of them! This is a marmite game in terms of its theme and the cuteness element won’t be for everyone but the design is great and the soundtrack works perfectly with it. Furthermore, this game doesn’t slack on bonus features and there is plenty to keep you spinning for hours one end. This is a great choice for anyone who wants a nicely designed slot, low variance and lots of bonus features.

Play Balloonies at One of These Top Casinos

Paddy Power Games – New players can sign up and deposit £10 at Paddy Power Games to grab a £50 cash bonus plus 100 spins. As one of the UK’s most recognisable sites, this Irish themed casino offers hundreds of slots including over 60 progressives. You can easily access all your favourite games on the go by downloading the Paddy Power Games mobile app on your iOS or Android device.

Rialto Casino – Sign up and make your first deposit at Rialto Casino to receive a 100% welcome bonus up to £100 with 100 spins. This sleek, black and white online casino offers fantastic navigation tools to help you narrow down your search when looking for your favourite slots and with over 400 to choose from, you may need it! Players can also access a range of live casino options here from the kings of live dealer options, Evolution Gaming. Both PayPal and live chat customer support are available at Rialto Casino to provide the optimum online gambling experience.

All British Casino – New players can sign up to this British themed online casino and make their first deposit of £20 or more to receive a 100% welcome bonus up to £100 plus 10% cashback. Players at ABC will enjoy the landmark-heavy plus the large range of games including slots, casino, and live dealer options. With over 700 great games to choose from provided by software developers such as IGT, Barcrest and NetEnt, you cannot go wrong playing here.

Other Games by IGT 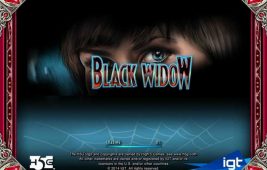 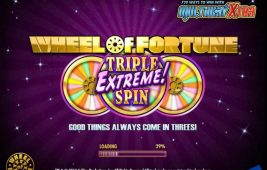 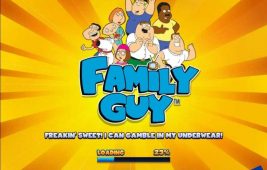