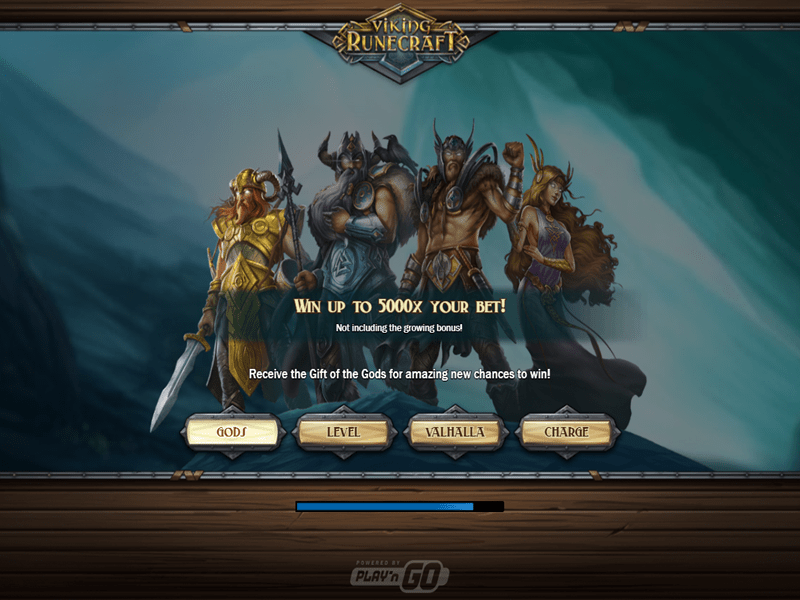 Viking Runecraft is Play N Go slot game that immerses players in Norse mythology and a time when Vikings were feared throughout Europe. This is an unusual game packed with bonus features that will help you take home big cash prizes.

In this game, you’ll find yourself in a freezing Nordic country. There are 9 symbols on the reels including lots of Viking related symbols such as helmets, axes, hammers and stones carved with runes.

Do you want to go to battle with the Vikings in this game for huge wins? If you want to enjoy playing a high variance slot game with a plethora of bonus features, then this could be the game for you. Carry on reading to learn more about this slot game and the best online casino to play it at. 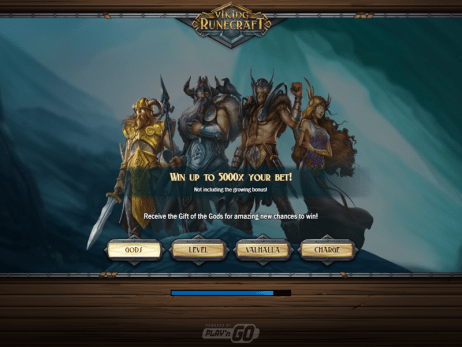 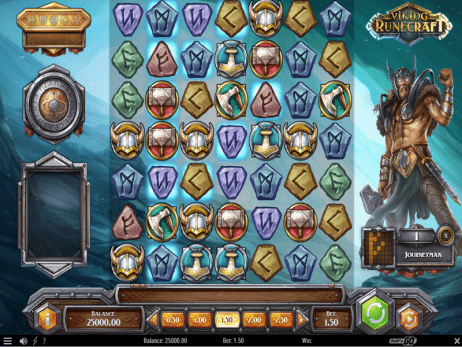 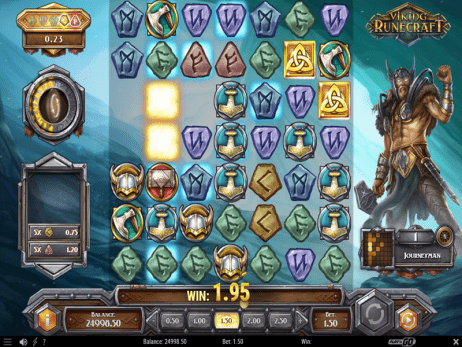 Viking Runecraft is a unique game that is played on a 7×7 grid rather than having paylines. To get started playing, you’ll need to set your bet per spin and this starts from as little as 10p per spin up to a whopping £100 per spin, so players of all budgets can enjoy spinning its reels.

Viking Runecraft has an RTP of 96.7% which is very high when compared to other slot games. This is a high variance slot game which means you can expect very big payouts, but they won’t happen frequently.

This game plays a little differently to your standard slots. Winning combinations are made from a minimum of 5 matching symbols and these can be connected either vertically or horizontally. Cascading reels are present in this game which means symbols part of a winning combo will disappear and will be replaced by new ones. This system carries on each time you get a win. The maximum win in the base game is dependent on your bet per spin but with the minimum bet you can get up to 100x your stake when you get 15 or more Thor hammer symbols on your reels.

Viking Runecraft has an autoplay feature which allows you to set your bet per spin and the number of spins you want, then the game will play automatically while you sit back and relax.

There are 4 special features in Viking Runecraft – wild symbols, Gift of the Gods, Charge of Destruction and Ragnarok Free Spins.

There are 4 wild symbols in Viking Runecraft and each is a different god from Norse mythology – Freda, Odin, Heimdall and Thor.

Gift of the Gods is a feature in Viking Runecraft where you’ll rise through different levels to get bigger wins. It is triggered at random after any non-winning spin and there are four god features. However, to even get this far there is a process to go through. You’ll see behind the symbols on your screen a blue pattern that turns yellow when you get a winning combination. When the whole pattern turns yellow, the Gift of the Gods feature can be triggered.

The god features are:

When you complete a pattern, you’ll trigger the Runes of Valhalla bonus game. Players will be presented with a wheel to spin that can land them big cash prizes.

On the left hand side of the screen, you’ll see a meter that will be filled up a little each time you achieve a winning combination. When the meter is full, it will trigger the Charge of Destruction feature of which there are four modes and one will be awarded to you randomly.

After the round finishes, the meter will reset, ready to be filled again, which leads us onto the Ragnarok Free Spins round. Complete the meter twice and this will be triggered to award you a free spin. In this feature, the meter is transformed into the End of the World Bonus meter. Achieving wins during this feature with different symbols will result in being awarded a win multiplier. The more symbols you get, the bigger the multiplier will be and this can be up to a 15x multiplier for 80 symbols. During this feature, if you spin and don’t get a win, a feature from Charge of Destruction will be awarded to you. Once you’ve played through each God from Charge of Destruction, the round ends.

Viking Runecraft is a mobile optimised game you can play on both mobile and tablet devices. The game will adjust to fit smaller screens, so there isn’t any need to sacrifice on the quality. iOS and Android devices will both support this slot game.

Viking Runecraft is nicely designed slot game from Play N Go with high-quality graphics. This is a game based on Viking and Norse mythology and behind the reels you’ll find yourself in a very chilly landscape with a god to the right hand side of your reels. The reels in this game are transparent and the low value symbols are made up of different coloured stones with Viking runes. The other symbols on the reels relate to the theme and you’ll see axes, hammers and Viking necklaces. An epic soundtrack plays in the background that sounds like a battle call and works well with the Viking theme.

Norse mythology themed slot games are common in the world of online gambling, but Viking Runecraft does enough to set itself apart from the rest of the crowd. The graphics in this game are great and there are enough bonus features to keep you spinning for hours on end without getting bored. This game can appear quite confusing at first to play but once you get started spinning its reels, you’ll see it’s easy to pick up and highly entertaining.

Other Games by Play’n GO 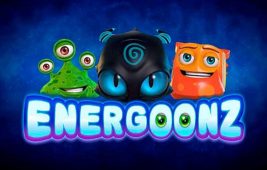 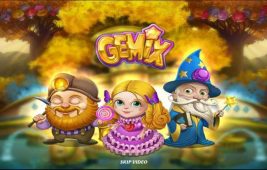 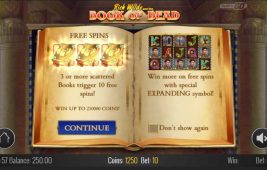