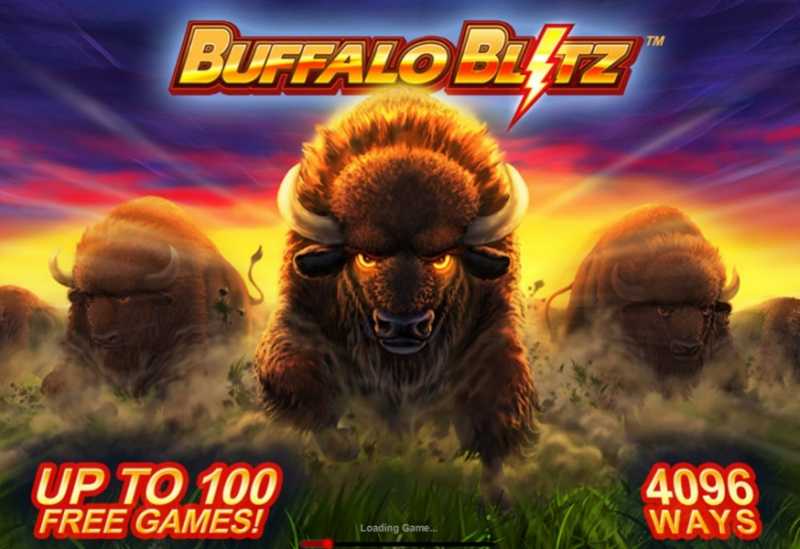 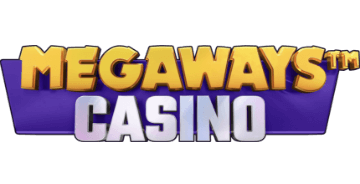 Buffalo Blitz is the famous slot game created by Playtech that takes you to the grassy plains where the buffalo reside. With multipliers, wilds and free spins, this is a thrilling slot game everyone is sure to enjoy.

In this game, you’ll be transported to the North American plains. There are 13 symbols on the reels including a range of animals like buffalo, racoons and bears.

Are you ready to get stuck into nature and grab a big cash prize? If you want to enjoy a high variance slot game with a fantastic free spins bonus round, then this could be the game for you. Read on for all the information you need to know about this slot and where you can enjoy playing it. 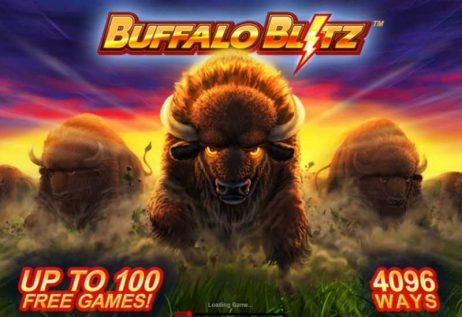 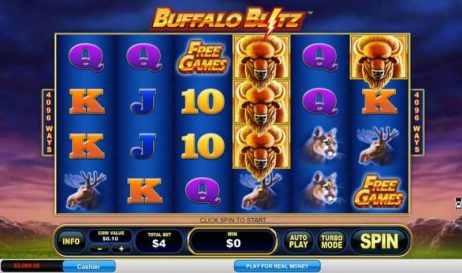 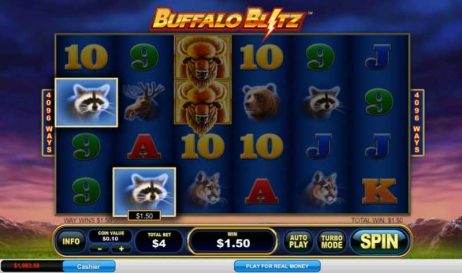 This 6 reel, 4 row slot game features a whopping 4096 ways to win structure and there are no paylines. To get started playing this game, you can set a bet per spin of anywhere between 40p and £200 per spin, making it a great option for every player, no matter their budget.

Buffalo Blitz has an RTP of 95.96% which is average when compared to other online slot games. This is a high variance slot game and so this slot won’t pay out very often but when it does the wins will be large. Great for high rollers who want to win big!

The maximum win in this game is 300x your stake and you can get this by landing 6 or more of the gold Buffalo symbols on your reels.

You can play Buffalo Blitz fast using the turbo mode which quickens your spins. This game also offers an autoplay function where you can set your bet and the number of spins you want, then watch as the game plays automatically.

Playtech’s Buffalo Blitz is available to play in many jurisdictions around the world as the developer holds a variety of licenses from respected regulators. Two of the biggest commissions in the world license Playtech, the UK Gambling Commission and the Malta Gaming Authority. The software provider is also moving into the US market and has been granted licenses to operate in Michigan, New Jersey, Pennsylvania, and Indiana. As one of the biggest and best developers in the world, you can rest assured that all games from this developer are fair and safe.

There are 2 special features in Buffalo Blitz – a wild symbol and a free spins bonus round.

The wild symbol in Buffalo Blitz is the sparkling diamond and this will land on your second to sixth reels. This symbol replaces other symbols on the reels to form new winning combinations and create big cash prizes. The only exception is the scatter symbol. What players love about this symbol is that it also applies a 2x, 3x or 5x multiplier to any wins its part of.

The other special feature in Buffalo Blitz in the free spins bonus round. Land three or more of the FREE GAMES symbols, which is the scatter, on the reels to activate it. The more scatters you land, the more free spins you’ll be awarded. 3 scatters awards 8 free spins, 4 awards 15 free spins, 5 awards 25 free spins and 6 awards a massive 100 free spins! This bonus round is fantastic as there are plenty more opportunities to land extra free spins. Simply land more scatters on your reels during the round to be awarded up to a further 100 free spins. Watch out for the wild symbol which is also present in this round and can award big multipliers.

Buffalo Blitz is a mobile optimised game that you can enjoy playing on the go from your mobile or tablet device. Both iOS and Android work with this game and you don’t have to worry about sacrificing on the quality of the game when playing on mobile.

How Does it Compare to Other Playtech Titles?

Playtech is one of the most well-known software developers in the online casino industry, with hundreds of fantastic slots available for players. Buffalo Blitz an iconic title in the Playtech collection, however, it does have very simple gameplay and there are other slots from this developer that provide objectively better graphics and more action.

Age of the Gods is by far Playtech’s most played game. This slot has become so incredibly popular that it has spawned an entire series of sequels and spinoffs including Age of the Gods: Book of Oracle, Age of the Gods: Glorious Griffin, and Age of the Gods: Mighty Midas to name but a few. This five-reel, 20 payline slot game has a Greek mythology theme and offers players the chance to win four huge progressive jackpot prizes – that are active across the entire Age of the Gods slot network! What’s more, it also offers a jam-packed free spins bonus feature with four modes named after Greek gods. During your free spins, you can look forward to increasing multipliers, expanding wilds, and more. The range of bonus features in this game is superb when compared to the simplicity of Buffalo Blitz.

Another massively popular slot game in Playtech’s library is Gladiator Jackpot. This game takes its design inspiration from the iconic movie starring Russell Crowe and players can enjoy wilds, big multipliers, and a free spins bonus round with up to 24 spins. Like Age of the Gods, Gladiator Jackpot offers a progressive jackpot, triggered in this case by a fun pick and click game.

Buffalo Blitz is a very modest slot when compared to some of the other hugely popular Playtech titles. Despite its lack of bonus features and a progressive jackpot, it is still one of Playtech’s most played games and is perfect for players who enjoy easy gameplay without all the bells and whistles.

Buffalo Blitz is one of many slot games on the market with a buffalo theme. An iconic slot game from Blueprint Gaming that is comparable is Buffalo Rising Megaways, a six-reel slot game set on the American plains with a Megaways mechanic the provides up to 117,649 ways to win. Mystery symbols play a big role in this slot game and there is also a Tumbling Reels feature where symbols in a winning combo are removed from the reels, making space for new symbols to fall and potentially create consecutive payouts. During the free spins bonus round, players can choose from one of three modes with a greater number of free spins up to 15 or a higher multiplier up to 10x.

WMS’s Buffalo Spirit is another similar slot, it has five reels and 30 paylines and you can spin it from just 30p. It offers a cool Replicating Wild feature and a big free spins bonus round where there is the possibility of getting up to 80 free spins.

Buffalo Rising Megaways is a brilliant slot game to also try after you’ve spun Buffalo Blitz, but Buffalo Spirit is a slot that is not quite up to the same standards as the other two.

Buffalo Blitz is Playtech slot game with a North American theme. The game centres around the buffalo herds that could be found on the plains and all of the other wildlife found here. These plains are in sight behind the reels with mountains in the distance and a deep blue night sky. On the reels, you’ll find low value playing card symbols as well as lots of animals found on the North American plains including moose, wild cats and bears alongside, of course, the buffalo. The music accompanying the reels as you spin is very epic and lively which helps to keep the game fun and interesting.

Pixel Samurai – This Playtech slot game plays on a 5×5 grid and has a fun Japanese theme with retro-style graphics. This game features cascading wins where symbols in winning symbols are removed from the reels to allow new combinations to be formed. There is also a big progressive jackpot up for grabs, with the percentage you can win depending on the size of your stake.

Age of Egypt – This Egyptian themed slot game from Playtech has simple, yet entertaining gameplay. With five reels and 20 paylines, you can enjoy a Sphinx wild symbol that awards up to 500x your stake, a picking game for cash prizes, and a free spins bonus round where you receive 10 free spins plus a 3x multiplier.

Eliminators – Eliminators is a five-reel, 20 payline slot game from Playtech that you can spin from just 20p. It has a cool cage fighting theme and lots of great features including Collapsing Reels, instant win prizes can be awarded after fights between characters and there is a free spins bonus round where you can get up to 100 free spins with a huge multiplier of up to 80x.

Buffalo Blitz is a well-known game within the online slot world and has gained a huge following of players who absolutely love to spin its reels. Although the graphics are not the highest-quality you’ll see in online slots, the game does offer some great bonus features and plenty of opportunities to take home a big cash win. There are also other variations of this game due to the massive popularity of the original.

Play Buffalo Blitz at One of These Top Casinos

Paddy Power Games – This Irish themed online casino is one of the most recognisable brands in the world and provides players with hundreds of exciting slots and casino games. There is a mobile app available to download on iOS and Android devices, and desktop and mobile can make their first deposit of £10 or more to receive a £50 cash bonus. There are also 100 spins to be given as part of the welcome offer.

888 Casino – 888 Casino is another hugely popular online casino brand and is known for its great customer service, promotions, and range of games. New players can sign up to play and, with their first deposit of £20 or more, can receive a 200% welcome bonus up to £300. All of your favourite software developers are here such as NetEnt, Yggdrasil and Red Tiger Gaming, with a wide array of slots, casino, and live dealer games.

10 Bet Casino – New players can sign up to play at 10 Bet Casino and make their first deposit to receive a 50% bonus up to £100 and an additional 25 free spins. This casino is associated with Juventus Football Club and provides 1,000+ exciting slots and casino games to its players. You can easily access these games on the go from the mobile-friendly site.

Other Games by Playtech 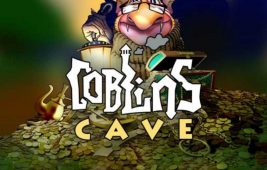 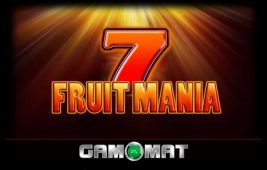