With those winter woes long behind us, the best slots developers in iGaming continue to roll out exciting new games on a regular basis. May once again looks like it will be another great month for players looking for something new, with numerous titles in the pipeline.

Of course, picking the best slots produced in May 2021 is challenging because there are so many. Fear not, though, because we’re here to help you make a choice.

And without further ado, let’s take a look at 10 must-play games this month. 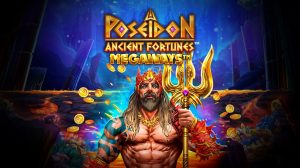 Microgaming has once again delivered the goods with its Poseidon Megaways slot game. This six-reel title offers well over 100,000 different pay lines and a maximum win of 23,000 – yes, 23,000 – times your stake.

At 95.98%, the return to player (RTP) rate for Ancient Fortunes: Poseidon Megaways isn’t much to shout home about. But with a jackpot feature and the potential winning opportunities mentioned above, that is far from a deal-breaker.

Ancient Fortunes: Poseidon Megaways is available at the likes of LeoVegas and NoviBet, both of which offer welcome bonuses. 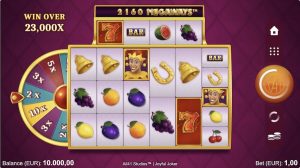 The design for Joyful Joker Megaways is clean and functional; it’s nothing drastic but does the job. You’ll find six reels and the opportunity to buy free spins. The RTP is 96%, which is average for online slot games.

When playing Joyful Joker Megaways, you also have the chance to gain free spins in-game without paying for them. You can wager up to £20 and play across various online casinos. 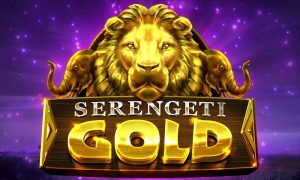 Serengeti Gold is a safari-themed game that will make you feel like you’re on the African savannah. The game has five reels and three rows, with the opportunity to get a jackpot win.

This title offers 25 different pay lines and is available on both desktop and mobile devices. Besides jackpots, you’ll have the chance to win free spins, along with the opportunity to win 3,900 times your stake.

Serengeti Gold has an RTP of 96.1%, which is okay when put up against other online slots in the industry. You’ll find the game on various online casinos with Microgaming integrated, including BetVictor. 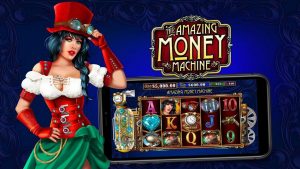 The Amazing Money Machine was developed by Pragmatic Play and features some of the best-quality graphics you’ll see from an online slot game in May 2021. But beyond pretty pictures, this title holds its own against the others we’ve mentioned in this article.

The Amazing Money Machine features three reels, five rows, and a 96.42% RTP. If you get lucky, you could win up to 5,100 times your staked amount.

This game has a jackpot feature, which ranges from the mini jackpot (25 times your stake) right up to the grand one offering the maximum payout. You can find the game at numerous online casinos that have integrated Pragmatic Play’s games on their website.

Baron Bloodmore and the Crimson Castle 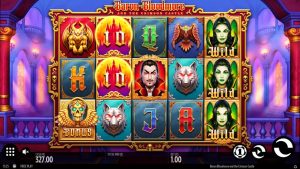 The name alone sounds like an adventure, and that’s precisely what you’ll get with Baron Bloodmore and the Crimson Castle. Developed by Thunderkick, this title has a maximum winning payout of 25,000 higher than your staked total.

Every Baron Bloodmore and the Crimson Castle spin includes a mystery symbol, and you could trigger a free spins bonus game. The RTP, at 96.15%, is slightly higher than the industry average.

The game’s theme is around vampires and castles, with cash bonuses and bonus games up for grabs. Baron Bloodmore and the Crimson Castle features five reels and three rows. 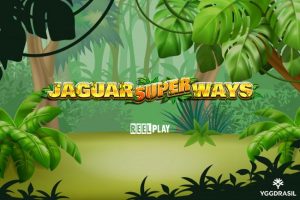 At first glance, a 94.3% RTP is pretty unimpressive. But Jaguar SuperWays more than makes up for it with its wide range of additional features, along with a decent win hit frequency rate and more.

Developed by Yggdrasil Gaming, Jaguar SuperWays has nine reels and nine rows. Your maximum winning payout is 22,457 times your stake on that spin, while you can get up to 20 free spins.

Jaguar SuperWays uses the jungle theme to deliver attractive graphics with symbols such as snakes, frogs, and jaguars. The game offers a larger maximum stake than many other slots, at £80 per spin. 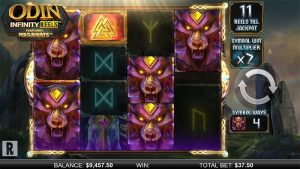 Another Yggdrasil Gaming title to make our list of the best 10 slots produced in May 2021 is Odin Infinity Reels Megaways. Last month, you might remember that we included a Thor-included title – and this one will once again transport you back into Norse mythology.

If you enjoy a particularly good game, you could win up to 20,000 more than what you staked on the last spin. The game also provides the opportunity to win a jackpot in addition to a 96.18% RTP.

Odin Infinity Reels offers unlimited pay lines, and you’ll play the game in a three-reel interface. You’ll also have the chance to win free spins and can play this title on a broad range of online casinos with Yggdrasil-integrated slots. 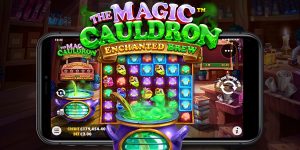 Developed by Pragmatic Play, Magic Cauldron – Enchanted Brew features engaging imagery based on witches and wizards. The maximum payout is 5,000 times your stake, and you’ll have five different pay lines when playing.

Slightly larger than some of the other online slots to make this list, Magic Cauldron – Enchanted Brew features seven reels and the same number of rows. The RTP is 96.44%, which is slightly higher than the average you’ll get for online slots.

Magic Cauldron – Enchanted Brew is available on various UK-licenced casino websites. If you use the likes of Casumo and PokerStars, you could also enjoy bonuses upon signing up for an account. 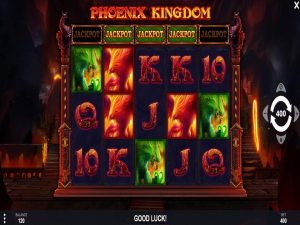 Phoenix Kingdom was developed by Pariplay and showcases the fun, engaging imagery that we usually associate with titles developed by this supplier. The game offers 50 different pay lines and a chance to win 1,600 times your stake.

Regardless of whether you prefer to play on desktop or mobile, you’ll have access to Phoenix Kingdom – as long as the casino you use has the game on its website. The game features 50 different pay lines, along with five reels and a 95.8% RTP.

The Phoenix Kingdom slot is themed around the famous mythical phoenix, featuring graphics that will reflect this and music to do likewise. Despite the low RTP rate, you’ll likely win more often than with other slot games. 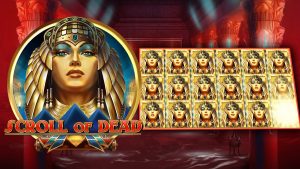 Completing our list of the top 10 slots produced in May 2021 is Scroll of Dead, developed by Play’n GO. Featuring five reels and three rows, the game offers 10 different ways to win. Meanwhile, the maximum winning payout is 7,500 times higher than your original stake.

With Scroll of Dead, you’ll have the opportunity to win free spins and will get a 96.28% maximum RTP.

Scroll of Dead includes intriguing graphics that will make you feel like you’re in an Ancient Egyptian tomb, with music to match. The game is available at various Play’n GO casinos.