The leaves are orange, and Halloween is right around the corner. 2021 seems to have flown by, and we’ve already had plenty of exciting slot games to celebrate. Unsurprisingly, that doesn’t change this month; many developers have even chosen to get creative with special themes for the various upcoming festivities.

If you’re overwhelmed by the number of games that have been released, fear not. We’ve listed our 10 favourites for this month below to help you make a better decision. 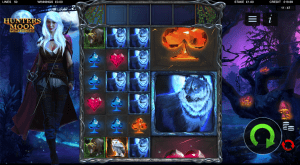 Hunters Moon Gigablox was released by Yggdrasil Gaming and features 50 ways to win, with the potential to win up to 5,000 times your stake. The game has a somewhat eerie theme, with beautiful graphics to match.

When playing Hunters Moon Gigablox, you’ll play on a 6×6 reel. You’ll find a bonus reel at the top, which can help to maximise your potential winnings. You can also unlock free spins.

Hunters Moon Gigablox has a maximum return to player (RTP) percentage of 96%. Volatility is medium to high. 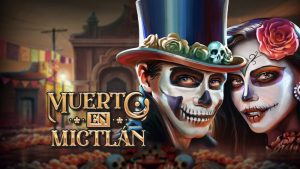 If you’re looking for an exciting slot game themed around the Mexican Day of the Dead tradition, Play’n GO’s Muerto en Mictlán slot is precisely what you’re looking for. A maximum potential win of 10,000 times your stake is sure to reel you in, as will several bonus features.

Muerto en Mictlán offers 10 ways to win, and the game is spread across five reels. You’ll find the bright colours and vibrant design captivating, and the four different wilds features are sure to keep you entertained. But that’s not all; you can also unlock free spins and win multipliers.

Muerto en Mictlán has a RTP of 96.2%. Volatility is somewhere between medium and high. 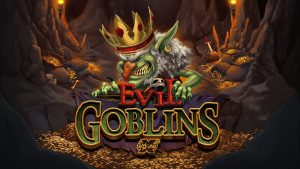 Nolimit City’s games are normally intriguing and fast-paced, and that’s no different with Evil Goblins xBomb. This game will give you the chance to win 31,969 your stake and has anywhere between 729 and 117,649 ways to win — meaning you’re certainly not going to get bored.

Evil Goblins xBomb has nine bonus features, including cascades, wilds, and scatters. You can also unlock free spins and fresh meat spins, the latter of which will always give you a dead wild.

Evil Goblins xBomb has a maximum RTP of 96.14%. Volatility is high. 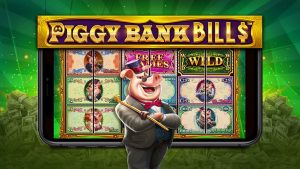 Halloween isn’t for everyone. If you’re not interested in playing a horror-themed game for this year’s big holiday, consider trying Piggy Bank Bills instead. This title released by Pragmatic Play has a rich man’s theme to it and offers the opportunity to win 5,000 times your stake.

Piggy Bank Bills offers nine ways to win, and your symbols will be spread across six reels. Besides the standard free spins, you can also benefit from the Piggy Bonus — where you can use a Piggy to create a winning combination. You can also enjoy wilds outside of the Piggy Bonus.

Piggy Bank Bills has a maximum RTP of 96.4%, which is higher than the industry average. Volatility is high. 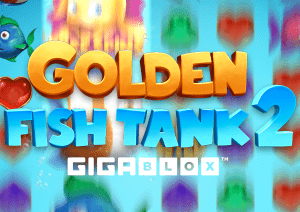 If you’d rather get out into the sea than battle against bankers, Golden FishTank 2 Gigablox might be what you’re looking for instead. Themed with striking similarities to Finding Nemo, you could win 10,000 times your stake on any given spin.

Golden FishTank 2 Gigablox is spread across six reels, with between 25 and 40 different ways to win. You can benefit from six bonus features, including a treasure chest — where you could win up to 500 times your stake. You can also get free spins, along with colossal symbols and more.

Golden FishTank 2 Gigablox has a maximum RTP of 96%. Volatility is medium to high. 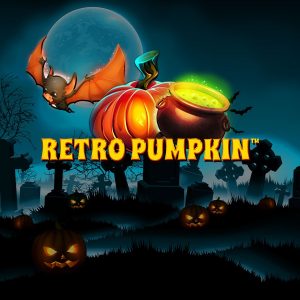 Moving back onto the Halloween themes and we’ve got Retro Gaming’s Retro Pumpkin slot. You’ll step into a cemetery after dark for this game, where you can win up to 1,000 times your stake if you get lucky.

Retro Pumpkin is spread out across five reels and four rows, and you’ll have 10 different ways to win. You can enjoy several bonus features, including multipliers and expanding symbols. As you play, you can also unlock wilds and more. 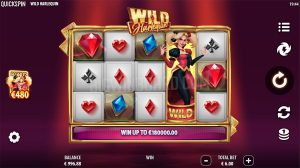 Wild Harlequin is exactly what the name suggests: wild. This game gives you the chance to win 30,000 times your stake on each spin, along with 10 potential ways to win.

When you play Wild Harlequin, your game is spread across five reels. The game usually has three bonus features, but one isn’t available in the UK. Instead, you can unlock free spins and a harlequin wild symbol — and you can win 100 times your stake with the latter.

Wild Harlequin has a maximum RTP of 96.27%. Volatility is high. 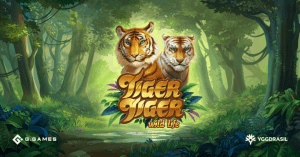 If you’re looking for something slightly calmer, Tiger Tiger isn’t a bad place to start. When playing this title from Yggdrasil Gaming, you could win up to 2,000 times your stake.

Tiger Tiger features 25 different ways to win, and you’ll play the game on four rows — each consisting of five reels. Oddly enough, for a game where you’re alone in a jungle with tigers, the interface is pretty calming.

When playing Tiger Tiger, you can enjoy three bonus features. The first is scatter free spins, while you can also enjoy wilds. On top of these, Tiger Tiger has four different jackpots.

Tiger Tiger has a maximum RTP of 95.15%, which is slightly below the industry average. Volatility is low. 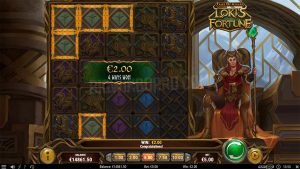 Another Play’n GO slot game to feature on this list is Tale of Asgard: Loki’s Fortune. This Norse mythology-themed title offers the opportunity to win 20,000 times your stake and is guaranteed to keep you engaged for a while.

Tale of Asgard: Loki’s Fortune has between 3,125 and 100,000 different ways to win. One which you might be interested in is Loki’s Mischief, which can give you added wilds or scatters — or a mystery symbol upgrade.

Speaking of mystery symbols, you can use these to create winning combinations. On top of these, you can get the standard free spins.

Tale of Asgard: Loki’s Fortune has a maximum RTP of 96.2%. Volatility is medium to high. 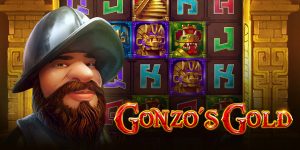 NetEnt always delivers when it releases a new online slot game, and Gonzo’s Gold is no different. The game’s theme circles around a treasure hunt and the opportunity to win up to 6,500 times your stake.

Gonzo’s Gold uses a cluster pay model, and the game will spread your symbols across five reels. When playing, you don’t need to worry about reaching a maximum of free spins — which somewhat makes up for the lack of other bonus features.

Gonzo’s Gold has a Maximum RTP of 96.11%, which is around the industry average. Volatility is medium. 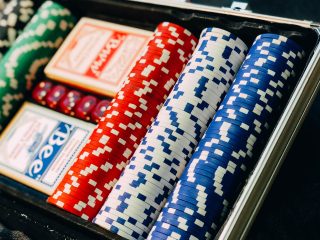