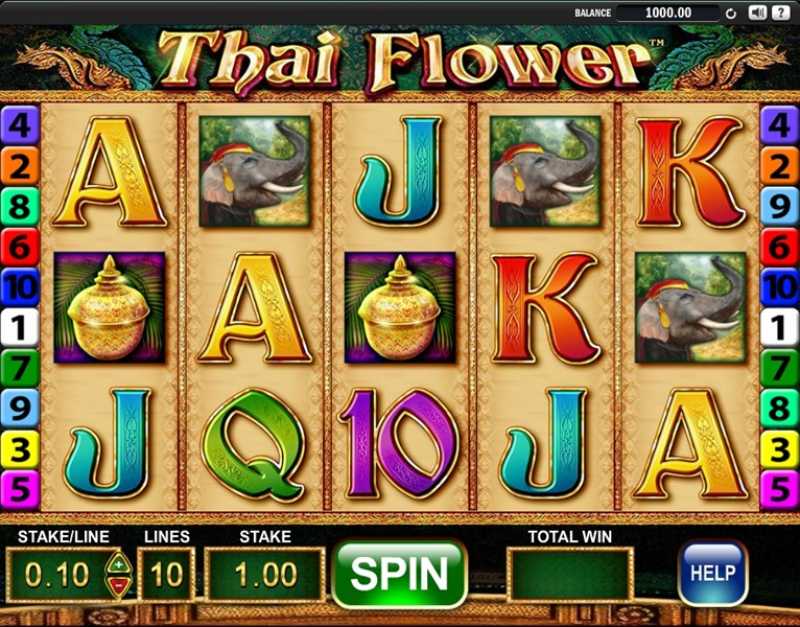 Thai Flower is a Barcrest slot game that was released back in 2014. It has a Thai theme that will add a touch of tropical happiness to your day. You can expect simple bonus features from this slot game including wilds and free spins.

Are you ready to take a virtual trip to Thailand for cash prizes? If you want to enjoy playing a medium variance slot game with nice graphics, wilds and a free spins bonus round, then this could be the game for you. Carry on reading to learn more about this slot game and the best online casino to play it at. 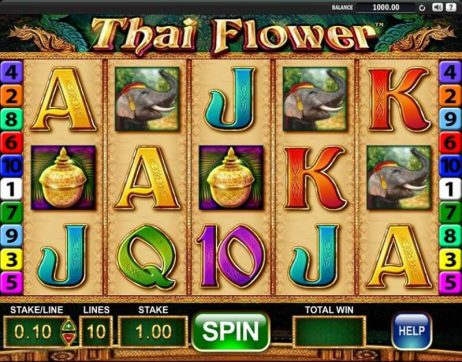 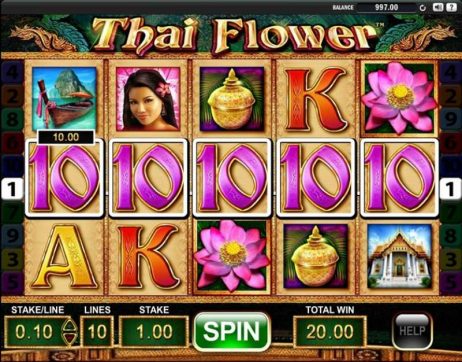 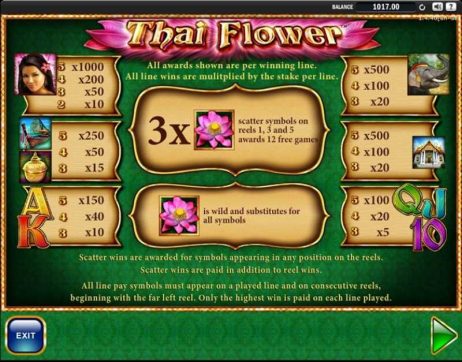 This 5 reel slot game features 10 paylines and has simple graphics and easy to play bonus features. Choose your coin size to get started playing. This can be anywhere between 0.10 and 50. Bets per spin start at 10p and rise to £500.

In this game, you will be transported to Thailand. There are 10 symbols in total including elephants, temples, gold pots and a Thai girl, plus the standard playing card symbols.

Thai Flower has an RTP of 95% which is average when compared to other online slot games. This is a medium variance slot game and so you can expect payouts on a regular basis which are average in size.

The maximum win in the base game is 1000x your stake and this can be won with any bet size. To achieve this, you must land 5 of the Thai Girl symbols on your reels.

Thai Flower has an autoplay function which allows you to set the bet per spin and the number of spins that you want. These will then play automatically to speed up your gameplay.

Thai Flower is a slot game from developer Barcrest that’s licensed and regulated by the UK Gambling Commission. All Barcrest games are audited by third-party testers such as eCOGRA to maintain their integrity, and so you can play Thai Flower knowing it is 100% fair. Barcrest is a longstanding and reputable brand that was first launched back in 1968. It has since been acquired by Scientific Games in 2011.

Thai Flower has 2 special features – a wild symbol and a free spins bonus round.

The wild symbol is the pink lotus flower and this will replace other symbols on the reels to create new winning combinations and create bigger cash prizes.

The pink lotus flower wild is also the Thai Flower scatter symbol and this triggers this free spins round when it lands three or more times on the first, third and five reels. Players will be awarded 12 free spins and these are played on another set of reels.

Thai Flower is optimised for mobile play and the graphics adjust to fit your screen size without the quality being affected. It can be played on mobile browsers and native casino apps, on both smartphones and tablets. You can spin its reels on iOS and Android devices.

How Does it Compare to Other Barcrest Titles?

Barcrest is one of the most well-known software developers in the industry and has produced many popular games. Thai Flower is an older game in its collection, but it has not gained the same following as some of the developer’s other titles.

Rainbow Riches is the most popular slot game in Barcrest’s library, and it’s arguably one of the most heavily-played slot games of all time. Despite being an older game in the Barcrest library and having quite a generic Irish theme, this slot game has become iconic online. Not only can players enjoy the original game, but there are also many sequels including Rainbow Riches Megaways, Rainbow Riches Pick N Mix, and Rainbow Riches Leprechaun’s Gold. This five-reel, 20 payline game offers many more bonus features than Thai Flower. In this game, players can look forward to the Road to Riches Bonus with lots of big multipliers, the Wishing Well Bonus which awards more multipliers, and the Pots of Gold Bonus that triggers a bonus game for cash prizes.

Thai Flower has an RTP of 95% which is a little below the industry average of 96%. If you want to play a slot game from Barcrest with a high RTP, then the best option is Ooh Aah Dracula. This spooky, vampire-themed slot game features five reels, 10 paylines, and a potential RTP of 99%. As you spin the reels filled with symbols such as Dracula, a castle, and a female vampire, you will also be able to enjoy bonus features such as the free spins bonus rounds where up to 15 free spins and extra wilds are available.

While Thai Flower is a nice, simple slot game to enjoy spinning, many players will opt for more popular games in the Barcrest library such as Rainbow Riches, which brings much more excitement in the way of big bonus features.

Thai Flower is just one of many Asian-themed slot games on the market, and there are hundreds to choose from. Some of the most popular online slots with an Asian theme include The Legend of Shangri-La and 1421 Voyages of Zheng He.

The Legend of Shangri-La: Cluster Pays is a six-reel, cluster pays slot game from NetEnt with a cool Himalayan Asian theme. Symbols you’ll find on the reels include butterflies, dragonflies, goldfish, and flowers. This game has become hugely popular among players due to its high-quality graphics and wide range of bonus features, including wilds, a free spins bonus round with up to eight free spins available, random wilds, sticky respins, and nudge reels.

1421 Voyages of Zheng He is another popular slot game with an Oriental theme based on ancient China. This game features five reels and 88 paylines, and players can spin this IGT slot from 88p per spin. On the reels, you’ll spot gold plates, gold bells, and dragon statues. There are great bonus features in this game including a wild symbol, a picking game where you can win up to 102x your stake, and a free spins round where there are up to 20 free spins available and multipliers of up to 8x.

Overall, Thai Flower is a great game for beginners who want easy and straightforward gameplay. If you’re looking for something a little more exciting, you may want to opt for other Asia-themed slots on the market like 1421 Voyages of Zheng, or The Legend of Shangri-La: Cluster Pays.

Thai Flower is over 6 years old and has an Asian, tropical theme. The graphics are do feel a bit outdated and don’t compare to new slot games available which is to be expected from an older slot game. Behind the reels is a tropical jungle and the reels are bordered in an ornate gold. The symbols on the reels all follow the theme of the game as you will spot temples, elephants and the longboats that are common on Thai waters. The music playing as you spin the reels is very simple and has an Asian sound to it which works perfectly with the theme of this game.

Koi Princess – Koi Princess is a five-reel, 20 payline slot game from NetEnt released back in 2015. This Asia-themed game has an anime design and is packed with exciting bonus features. This includes wilds, wild reels, random features, free spins, guaranteed coin wins, and the chance to spin the bonus wheel. Players can spin its reels from 20p to £400 per spin, and the maximum win is 1000x your stake.

88 Fortunes – 88 Fortunes is a five-reel, 243 ways to win slot game from Bally with a big progressive jackpot up for grabs. The game has a Chinese theme with a deep red colour scheme and lots of gold symbols on the reels such as gold turtles, gold eagles, and gold gongs. Bonus features in this game include a free spins bonus round with up to 10 free spins available, and the Fu-Bat jackpot feature which is a picking game where you can win the Mini, Minor, Major or Grand Jackpot. Players can spin its reels from 88p per spin to £88.00.

100 Pandas – 100 Pandas is a five-reel, 100 payline slot game from IGT that was released back in 2013. This slot game transports players to China where you’ll be able to spot pandas in a bamboo forest. High paying symbols in this slot game include pandas, lotus flowers, and bamboo, plus there is a yin yang wild symbol. This is quite a simple slot game and so along with the wild symbol you can enjoy a free spins bonus round of up to 10 free spins plus a 2x multiplier.

Thai Flower is a nice slot game with simple graphics and bonus features and it will appeal to players who enjoy this uncomplicatedness. However, as this is an older game, the graphics do look outdated and the bonus features are so simple compared to new slot games that many players may find this game too boring to play. There are many other slot games from Barcrest that have a lot more to offer than this slot game, but Thai Flower still offers some fun gameplay.

Play Thai Flower at One of These Top Casinos

Regal Wins – New players can sign up to Regal Wins and make a minimum deposit of £20 to receive a 100% welcome bonus up to £500 and 50 spins. This casino offers around 500 fantastic slots and casino games from big software providers such as WMS, Bally, Barcrest, Eyecon and IGT. It also provides 24/7 customer support for its players.

Jackpot Village – Sign up to play at Jackpot Village and make a deposit of £10 or more to receive a 100% welcome bonus up to £500. This site offers over 1,200 exciting slot games to spin from many of the biggest and best software providers. Players can enjoy these games on the go from a mobile device as there is a native mobile app available to download on iOS and Android devices.

Vegas Spins – If you are looking for a big welcome package in a Sin City-themed online casino, Vegas Spins is the one for you. Get a 50% deposit bonus up to £125 with your first deposit and second deposit and a 100% bonus up to £250 with your third deposit. On top of that, you will be awarded 60 free spins. This casino has a library with hundreds of exciting slots, casino and live casino games to enjoy playing.

Other Games by Barcrest 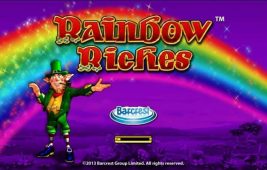 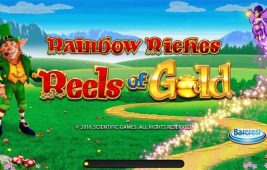 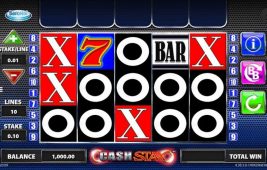