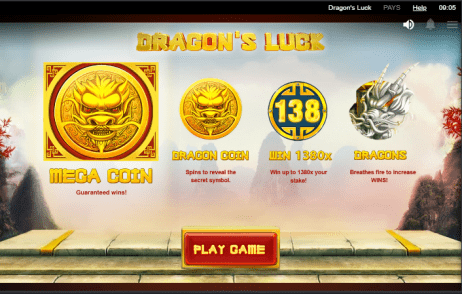 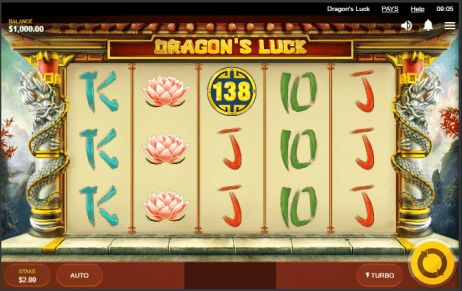 Dragon’s Luck is one of dozens of online slots inspired by China and its rich culture. The slot’s played on a standard three-row, five-reel grid with a total of 10 paylines you can win on. The reels are set in front of a traditional Chinese temple up in the mountains that has dragons entwined around its pillars.

The five low paying symbols in Dragon’s Luck are the five card ranks A-10. Each one of these is presented as strokes of paint and sort of resembles the way in which Chinese characters are written. Three symbols associated with China offer higher payouts: there’s a water lily, a koi fish and a decorated doll. The 138 symbols is the most valuable of the slot’s symbols.

When you play Dragon’s Luck, you’ll notice the two dragons that are wrapped around the temple’s pillars. At any point, one of these dragons will randomly breathe fire on to the reels and will transform a number of different symbols into matching symbols, to hopefully form a winning combination.

Should a golden Dragon Coin symbol land anywhere on the reels, it will reveal a random symbol that may result in you being rewarded with a payout. There’s also the chance that an extra large 3×3 Mega Coin symbol appears on the reels; should this particular symbol land, you’ll be guaranteed a win.

When playing Dragon’s Luck, betting options range from 0.20 to 500 coins per spin. The slot’s most valuable symbols is the 138 symbol. Should you be lucky enough to land five of these on one of the slot’s paylines, you’ll receive a payout worth 1,380 times your stake. The slot has a pretty good RTP of 96.29% and quite a high variance – you won’t win too often, but when you do, your wins should be quite large.

Dragon’s Luck is a well presented Chinese-themed slot that’s all about dragons. It’s nicely themed and has some features that make it worth a spin or two. There aren’t any free spins to be found here, though there is an extra large symbol with guaranteed wins and the chance for dragons to turn symbols into matching ones, helping you win in the process. Have some spins of this slot at a Red Tiger casino and try to land that 3×3 symbol! 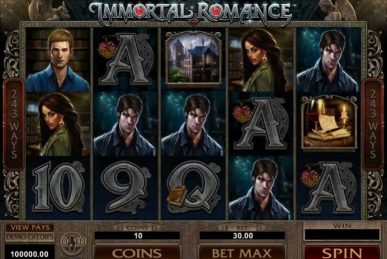 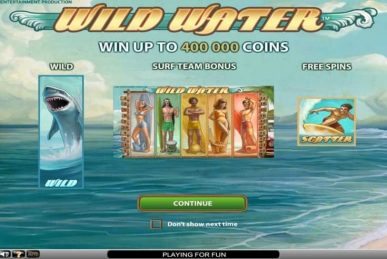 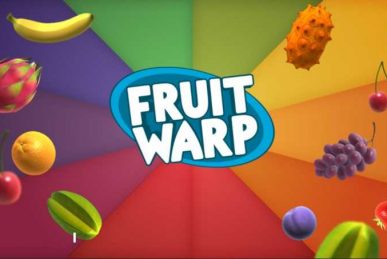