July 2020 was another bumper month for slot releases, with the world’s software development community unleashing a collective glut of top new games for your spinning pleasure. If you’re looking for some of the summer’s most innovative new slots to play, look no further than our quick reviews of some of the top new picks out there. If you’re itching for more, be sure to check out our rundown of the other slots released in July 2020 at the tail-end of this page.

Fronted by world champion skateboarder Nyjah Huston, this is one of the gnarliest (sorry) slot releases from July. The game’s flagship features are thoroughly skating-focused, with five picture symbols depicting Nyjah himself performing various tricks. One of these trick pictures will be chosen at random with each spin — if you’re lucky enough to land the right one, Nyjah will skate across the reels and leave wilds in his wake. One of these wilds will become a Wildboard, with the luckiest players securing a Golden Wildboard that boosts every win it creates with a 10x multiplier. Players who successfully secure S-K-A-T-E picture symbols in order across their reels will be rewarded with free spins and the chance to win another Golden Wildboard. Skate for Gold’s novel theme, exciting graphics, medium volatility, 10 paylines, and 96.2% RTP mean it’s easy to recommend if you’re seeking out some reels to grind. 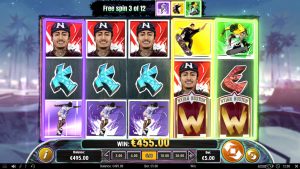 Published by Microgaming, this is the first effort from Nevada-based developer Gold Coin Studios, and it’s a noteworthy maiden voyage for the independent. This high-volatility slot is set against a medieval backdrop, with figures of Arthurian legends taking the picture symbols amongst the wilds and expanding wilds across this five-reeler. With a maximum win potential of 4,000x your stake and an RTP of 96.19%, players who can contend with the inevitable dry spells of high-volatility slots will enjoy a strong slots experience with slick presentation and plenty of eye-popping animations to keep you engaged. 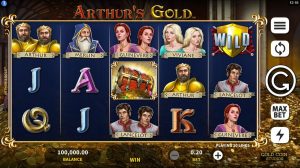 Drago might not be the most famous purple cartoon dragon around, but his slot is definitely one of the hottest July releases. With high volatility and a 96.25% RTP, there’s sure to be the odd dry spell to contend with, but the luckiest players could nonetheless land a scorching max multiplier of 48,000x their stake. This playfully-presented slot is loaded with 1,600 paylines and true edge-of-the-seat action, and we’re sure you’ll enjoy testing your mettle as you aim for a slice of Drago’s hoard. Those brave enough to enter the dragon’s cave, where any one of Drago’s pals could be lurking around the corner, stand to take advantage of the Dragon Super Spin feature. You’ll activate the feature if your spin brings up each of the game’s four dragons in the corners of the screen and, once the feature is live, any following dragon symbols that hit and match will remain on-screen until the round ends, boosting your chances of winning big. 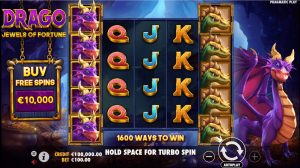 Gonzo’s Quest has become one of the most prominent slots on the market, and it’s now been combined with MegaWays to amp up the action. Join Spanish explorer Gonzo on this 6×7, high volatility slot and strive for one of up to 117,649 MegaWays paylines. Loaded with a fantastic blend of features, including avalanche multipliers, wilds, free spins, and earthquakes that wipe away low-paying symbols, you’ll never be short of action with this fine addition to online casino libraries. With jackpot tiers, progressive jackpots, and a ceiling jackpot up for grabs, Gonzo’s Quest MegaWays is primed for the luckiest players to win big. 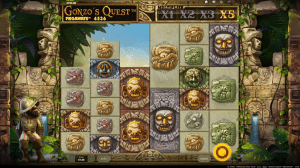 This July release from Yggdrasil has been built on its new iSENSE 2.0+ platform, meaning from the off you can be sure that WildPops has been fully optimised for mobile use. With seamless presentation, a colourful and cartoonish Eastern theme, and a max payout exceeding £500,000, WildPops has landed in online casino libraries with a bang. As the second game in the PopWins series, the game features the PopWins mechanic which bursts winnings symbols and replaces them with two new symbols until every winnable payline has been secured. Wilds come into play in addition to and alongside PopWins, offering the chance to gain three extra lives if you’re lucky enough. 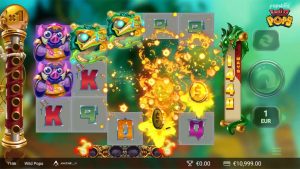 Other Slots Released in July 2020

July has been a busy month for slots releases, and there are plenty more to try beyond our top five picks. Check out the other releases here; there’s sure to be an ideal new slot out there for you.