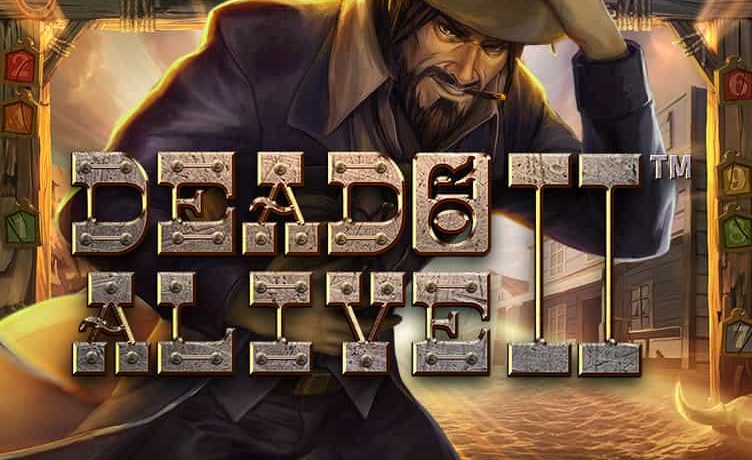 It’s been another great year for online slots fans. With loads of top new games released by the top software developers, there’s been plenty of innovation when it comes to game mechanics, bonus features and visuals. Let’s take a look at our pick for the ten best online slot games of 2019.

Kicking things off is Midas Golden Touch, released by Thunderkick in April. This isn’t a ground-breaking slot, but it’s a solid allrounder that offers plenty of enjoyment thanks to the great visuals, 10,000x win potential and entertaining bonus features. The golden hands symbol is a wild multiplier, and lining up 5 will win you 2,400x your stake. There’s also a bonus game that’s triggered when you land three or more scatters. The bonus round can last for up to 20 free spins, during which all winning symbols become sticky. Even better, a random wild is set on the reels at the start of every free spin, opening up the potential for big wins! 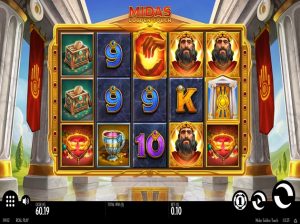 This August release is the follow-up to the 2017 original and there’s no doubt it’s a big upgrade. As the name suggests, this slot is packed full of exciting bonus features, including the Massive Symbols feature, where any of the bandit characters can appear as 2×2 or 3×3-sized symbols, increasing your chances of bagging a big win. There’s also the Quick Slot feature, which is activated when you land the symbol on the fifth reel. This is essentially a slot game within a slot game, where you get 1-3 spins on the Quick Slot machine that can award high payouts. Throw in sticky wilds and free spins, and there’s plenty of fun to be had on this slot. 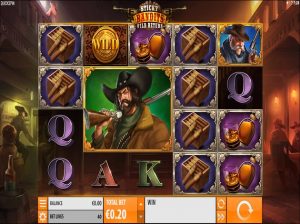 Play’n GO has picked up bags of prestigious awards over the last few years, and 2019 been another successful year. There’s been a number of top titles released, such as Mahjong 88 and The Sword and the Grail, but Sabaton is our pick of the bunch. Released in July, this title is based on the legendary Swedish metal band and marked a new direction for Playtech, being the developer’s first branded slot. The game features Sabaton’s hit music and offers a range of bonus features, including Chained Reels, wilds, scatters, retriggerable free spins and a mystery symbol feature.  This is a highly volatile and potentially lucrative slot, with a max win of 500,00x your stake. 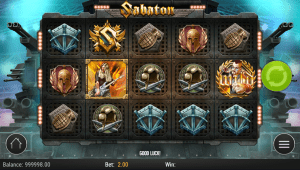 Relax Gaming isn’t as big a name as some of the other developers on this list, but it produced one of this year’s best slots with Temple Tumble Megaways. This volatile, 46,656 ways-to-win slot features cascading symbols on a 6×6 reel and a choice of three different free spins modes. Free spins are activated when clear all the stone blocks from the symbols by landing winning combinations and each mode has its own variance. You can bag special bonuses like extra spins and multipliers depending on which free spins mode you choose, so there’s no shortage of fun to be had on Temple Tumble Megaways. 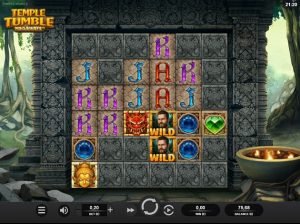 Narcos was by far one of 2019’s most popular slots, and it’s easy to see why. Based on the hit TV show about the Colombian drug trade, this NetEnt title is a 5-reel, 243 payline slot with plenty of bonuses and the potential for big wins. There are three special features in total, including the Drive By feature, which turns regular symbols into wilds, and a Free Spins round in which you can trigger walking wilds for bigger wins. Then there’s the Locked Up feature, where you can land multipliers, upgrades and wins of up to 271x your stake. Playable from just 1p per spin, this is a slot that’s perfect for those working with a smaller budget as well as big money players. 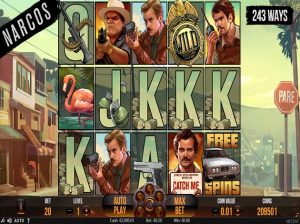 Released in July, this Ancient Egypt-themed title from Playson quickly became popular with online slots fans. Solar Queen offers wilds, free spins and multipliers, but the best thing about this game is undoubtedly the innovative Flaming Frames feature. Whenever a sun symbol appears, a flaming frame appears around the symbol. Then over the next ten spins you’ll collect more flaming frames wherever suns land on the reels, and at the end of the ten spins all Flaming Frame symbols turn into wilds! This 5-reel, 20 payline has proved to be one of Playson’s most popular releases to date and is definitely among 2019’s best slots.

Playtech once again proved it’s at the forefront of slots innovation with the October release of its new games suits, Kingdoms Rise. What makes the four titles released so far is that they give players the chance to earn in-game tokens which can be used to unlock extra content in the Kingdoms Rise Features Shop. Players can explore the entire Kingdoms Rose universe across an interactive map which lets them navigate directly between games. The four Kingdoms Rise slots released so far are fairly similar, but Sands of Fury is the pick of the bunch thanks to its slightly higher RTP of 96.23%. The slot features wilds, respins and a progressive jackpot. 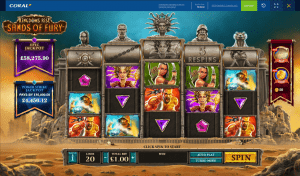 This slot is the follow up to 2018’s successful Book of Oz slot and is even better than the original. Developed by Triple Edge Studios for Microgaming, the Hyperspins Lock ‘N Spin and 2nd Chance features are what makes this slot stand out. With Lock ‘N Spin, you can choose to hold up to four reels and then respin, increasing your chances of winning. You can bag up to 25 free spins where an expanding special symbol is awarded, and the 2nd Chance feature allows you to either keep the original symbol or reshuffle for a chance to upgrade and go to bigger wins. These make Book of Oz Lock N’ Spin one of 2019’s most innovative and thrilling slots.

It’s been a big year for Red Tiger Gaming, having been acquired by NetEnt for £223m, and slots like Pirates’ Plenty make it easy to see why this developer is so valuable. This February release has stunning visuals and the gameplay to match, with features like free spins and a wild monkey that replaces low-value symbols with premium ones. The best part of this game is that you unlock a sixth reel once you collect enough treasure map symbols. The sixth reel stays active for as long as you remain on the same bet level and unlocks other bonus features, such as lucrative fully stacked wild multipliers. 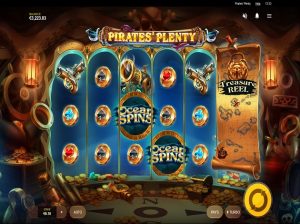 Fans have long been waiting for a sequel to the 2009 original, and it’s safe to say Dead or Alive 2 didn’t disappoint. Released in April, this slot features plenty of special features, including wilds, scatter wins and choice of three free spins bonus games. The three bonus games feature increasing multipliers, sticky wilds and multiplying wilds, with the High Noon game offering wins of over 100,000x your stake. Another draw to this slot is the extreme volatility, meaning there’s the chance to land some really big returns. With stunning graphics, thrilling bonus features and a huge win potential, Dead or Alive 2 isn’t only the best slot of 2019 – it’s one of the best slots ever made. 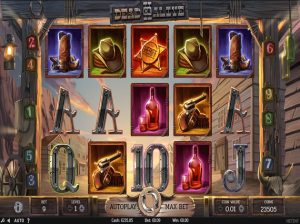