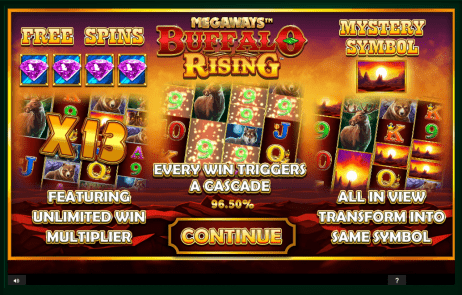 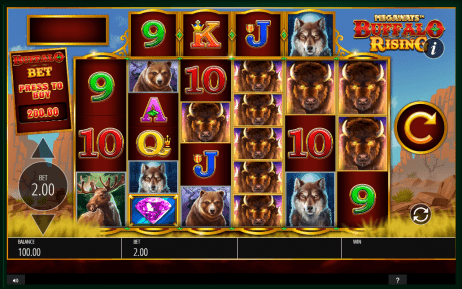 Buffalo Rising Megaways uses the Megaways mechanic thanks to a deal with Big Time Gaming, the develop who created Megaways. On every spin, each one of the six reels can have up to seven symbols on it. The number of positions on each reel changes with every spin of the reels. When playing Buffalo Rising Megaways, it’s possible to have 117,649 ways to win! The slot is nicely themed and has a fitting soundtrack.

– Win more than once from a single spin

The symbols that can appear on the reels in Buffalo Rising Megaways include six card ranks (A, K, Q, J, 10 and 9), along with an elk, a brown bear, a wolf and a buffalo. The purple diamond is the slot’s scatter symbol and there’s another buffalo symbol that acts as a wild and substitutes for all standard symbols. There’s also the mystery symbol, which is represented as a canyon shot at sunset. This symbol turns into any of the slot’s other symbols, except the scatter, whenever it lands on the reels.

Thanks to the Reactions mechanic, you can land consecutive wins from a single spin. Whenever you win, all winning symbols disappear from the reels and are replaced by symbols falling from above. This keeps happening so long as there’s a winning combination on the reels.

Land four pink diamond scatters and you’ll get to pick one of four free spins features. While free spins are in play, you start off with a multiplier that increases in value whenever you land consecutive wins. The four options are:

– 15 free spins with the multiplier starting at 1x

– 10 free spins with the multiplier starting at 5x

– 5 free spins with the multiplier starting at 10x

Buffalo Rising Megaways is played for between 0.10 and 10 coins per spin. The slot’s most valuable symbol is the buffalo, which rewards you with a payout worth 50x your stake for landing six across the reels, one on each reel. To win when playing this slot, you simply need to land three or more matching symbols on consecutive reels, starting with the leftmost one.

Buffalo Rising Megaways is well worth a spin or two. Not only does this slot offer a huge number of ways to win with every spin, it also gives you the choice of four different free spins rounds should you land enough scatters on the reels. It’s a medium variance slot with an RTP of 96.5%. Have some spins and think about which of the four free spins features you’re going to go for!

Legend of the Jaguar
Slot 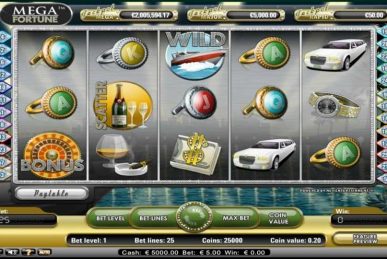 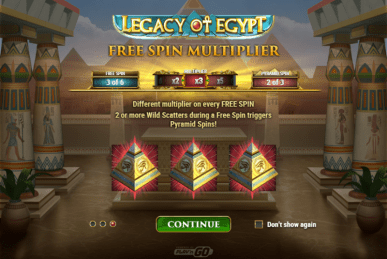