Online casino search interest during the UK lockdown is higher than it has ever been, according to statistics from Google Trends.

Land-based betting has been out-of-action since mid-March, while sports betting was also hugely limited due to suspensions caused by the novel coronavirus (COVID-19).

While overall gambling has gone down, the UK Gambling Commission has said that interest in other verticals – such as virtual sports and casino gaming – have risen.

But despite the rise of online gambling in some areas, the UKGC also mentioned that no evidence yet exists about growing gambling-related problems.

Hull was where the relative popularity of online casinos grew the largest. This was followed by Stoke-on-Trent, Bradford and Bolton.

In addition to virtual sports and casino gaming, the UKGC has said that online slots and poker have also received more attention in the past couple of months.

According to GamCare Chief Executive Anna Hemmings, having outdoor freedoms restricted was a tempting environment for problem gambling to develop. She was particularly concerned about “contributing factors, such as financial distress, isolation and boredom”. In her eyes, COVID-19 was enabling all of these issues to grow.

Earlier this month, the UKGC revealed statistics from collaborated research with YouGov. These found that 64% of ‘more engaged gamblers’ “reported that they have increased the time or money that they are spending on at least one online gambling activity including National Lottery products”. The term more engaged gamblers applies to anybody who had gambled in the past four weeks during the time of research – but not for the first time.

New measures have come into place

As of 14th April 2020, gambling operators have been banned from offering credit cards and eWallets – such as Skrill, Neteller and PayPal – as payment methods. On top of this, all licensed UK operators have had to be signed up to GamCare.

According to GamCare, using credit cards had worsened the effects of problem gambling for some individuals. It had caused them to chase losses by using money that they neither had nor could afford to pay back.

From the beginning of this year up until the ban date, HSBC reported that £16.5 million had been spent using UK credit cards issued just by that bank. The average transaction amounted to £65.

HSBC has also said that its call centre is receiving around 1,000 calls per month, on average, that are related to gambling.

Over £1.6 million has been spent on gambling transactions since the UK lockdown began on 23rd March.

To protect potential problem gamblers, the UKGC tightened measures for operators to adhere to for the duration of the country’s shutdown. These include preventing reverse withdrawal options until further notice, as well as stopping all bonuses and offers for users showing signs of gambling-related harm. Operators also have to interact with customers that have gambled for more than an hour in a single session.

UKGC Chief Executive Neil McArthur said that the governing body is “monitoring online operators closely”. He also mentioned that it will “step in immediately, suspending licences if we need to”, should irresponsible activity be encountered. 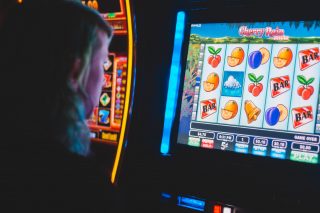