Ladbrokes Coral Group, along with parent company GVC Holdings, have been fined £5.9 million after the UK Gambling Commission (UKGC) found that the bookmaker was not safeguarding vulnerable adults adequately, alongside failures with anti-money laundering measures.

The UKGC investigation reported that both Ladbrokes and Coral were guilty of lax player safety measures. Evidence given points to three cases that include Ladbrokes failing to address a customer who had lost £98,000 over the course of two-and-a-half-years. Ladbrokes did question the source of the customer’s funds but “nevertheless decided to continue their business relationship with the customer and did not conduct any further checks or interactions”. Another Ladbrokes customer deposited a total of £140,000 within four months of opening an account, and the bookmaker again failed to demonstrate any action to protect the customer from harmful gambling practices.

Coral was found to have similar shortcomings, with the UKGC highlighting the company’s negligence towards a customer who spent £1.5 million in just under three years. The amount spent by the customer was not addressed by Coral, even though the player “displayed signs of problem gambling,” which led to losses of £64,000 in a single month. UKGC commission executive director, Richard Watson, said that the cases were examples of “systemic failings at a large operator which resulted in consumers being harmed and stolen money flowing through the business and this is unacceptable.”

According to the UKGC regulations surrounding anti-money laundering and player safety, UK licensees must take action to have policies and procedures in place to provide “information to ensure effective decision making, and to guide and deliver effective customer interactions”. Such procedures should demonstrate an awareness of “at risk customers who may not be displaying obvious signs of, or overt behaviour associated with, problem gambling”. The evidence given of both Ladbrokes and Coral suggests that neither operator had sufficient measures or staff in place to effectively prevent habitual gambling, or to even enquire the source of the funds that players were using in all three cases.

The UKGC investigation was focused on events that took place between November 2014 and October 2017, during which time Ladbrokes Coral was acquired by GVC Holdings. GVC has taken on the fine, paying £4.8 million as a financial penalty, while a further £1.1 million will be divested and spread out among customers that Ladbrokes Coral was deemed to have neglected.

Neither Ladbrokes Coral or GVC has disputed the fine and Kenneth Alexander, GVC CEO, said that the “failings were unacceptable”. He went on to say that since the 2018 acquisition, new procedures have been put in place at Ladbrokes Coral, making him confident that the group now has “a robust and industry leading approach to player protection”.

The £5.9 million fine is the fourth largest fine a gambling operator has received in the UK over the last two years. 888 was fined a total of £7.8 million in August 2017, following similar failures surrounding player safety. Daub Alderney was also fined for not providing adequate anti-money laundering and player safety measures, with the firm paying out £7.1 million in November 2018. William Hill was fined a total of £6.2 million in February 2018, once again due to “systemic” failures surrounding player protection. 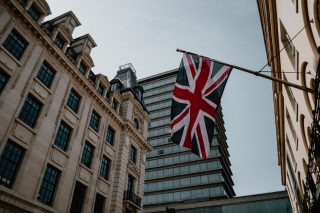