The House of Lords has launched Peers for Gambling Reform (PGR), a group committed to changing betting legislation in the UK.

PGR will work with various members of parliament, as well as gambling industry stakeholders, to seek its desired regulatory alterations.

The group launched last Saturday (19th September) and will be one of the largest groups within the House of Lords.

Earlier this summer, the house published a report looking at UK gambling – in which it recommended numerous changes.

What does PGR want to change?

Despite VIP schemes coming under scrutiny from many who want gambling laws to be changed, PGR doesn’t want these banned. Instead, it wants them to be reformed and better-protect players.

Affordability checks are also on the group’s agenda. Other groups have suggested similar changes this year, with the Social Market Foundation (SMF) proposing £100 monthly limits. The only exception is if they can prove that they can afford to wager more.

PGR also wants the gambling industry to pay an obligatory levy. This will be directed towards education programmes, as well as research and helping those affected by gambling-related issues.

Among other areas that the group will campaign for is a ban on gambling partnerships for sports teams.

The PGR chair will consist of chairman Lord Foster of Bath, along with several vice-chairs. Forming part of the panel will include Lord Smith of Hindhead, Baroness Armstrong, Lord Butler and the Bishop of St. Albans.

When talking about gambling reformation in the UK, Lord Foster said:

“Given that we have a third of a million problem gamblers, including 55,000 children, and one gambling-related suicide every day, action is urgently needed.

“Online gambling companies have cashed in on the pandemic, making more profit and putting more lives at risk. This new group of 150 peers from across all sections of the Lords seeks to ensure urgent action is taken by the Government to reform our wholly outdated regulation. It is Time for Action.”

How much will the UK gambling landscape change in the coming months and years?

The UK government still has to review the 2005 Gambling Act, as it promised as part of its manifesto for the December 2019 election. Numerous changes have already been enacted by the UK Gambling Commission (UKGC) this year, including a ban on gambling via credit card from April onwards.

Earlier this week, a consultation period on loot boxes in video games was also launched. The aim of this is to gain insights as to what risk these potentially pose to youngsters. This consultation will run through until 22nd November.

Lord Grade of Yarmouth spoke about how PGR’s desired reformations may be implemented.

“Most of the recommendations can be implemented without primary legislation; they cannot wait for the long-promised Government review of the Gambling Act. I send the Group every good wish in taking forward this vital work.” 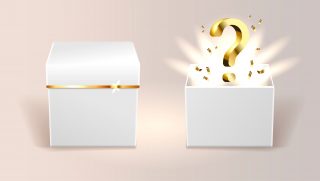