The UK’s largest gambling companies have agreed to increase their voluntary levy on gambling profits from 0.1% to 1% up to 2023.

The owners of William Hill, Skybet, Ladbrokes Coral, Paddy Power Betfair and Bet365 have all agreed to the move, increasing their contributions to £60m. The five companies, which together make up around half of the UK’s commercial gambling industry, have also said they will cumulatively spend £100m specifically on treatment over the next four years.

Peter Jackson, chief executive of Flutter Entertainment— owner of Paddy Power Betfair—said on behalf of the five companies that the move marked “an unprecedented level of commitment and collaboration by the leading companies in the British betting and gaming sector to address gambling related harm.”

The move comes after recent criticism over how little the gambling industry contributes to the prevention of problem gambling. In May it was revealed that gambling firms failed to hit the £10m target in voluntary donations to GambleAware, the UK’s leading gambling charity, despite the industry generating profits of around £14.5bn in 2018. Some operators were found to have donated less than £5 as their yearly contribution.

Tom Watson, the deputy Labour leader, said that the five companies “have shown leadership that is sorely lacking in some parts of the industry”. However, he added that the small donations by other firms were “completely unacceptable and deliberately insulting to those leading players”.

Watson, who reaffirmed his stance that a mandatory levy should be introduced, also said that “[despite the change] we will still have inadequate regulation and a gambling act that is outdated and not fit for the digital age”.

Jeremy Wright, Secretary of State for Digital, Culture, Media and Sport, commented that the government will “monitor closely the progress of these new measures”. Wright also said that he understood the argument for a mandatory levy and stated that “the government will not hesitate to take further action to protect people from gambling-related harm.”

The call for a mandatory levy and other proposed gambling regulation is believed to be a key motivation behind the voluntary increase. Simon Stevems, NHS England chief executive, has also recently warned gambling operators that a tax could be introduced to fund treatment.

When the BBC initially reported plans for the voluntary increase last month, a source said that: “The industry is on a precipice – if we don’t get ahead of this, we will end up where the alcohol industry was 10 years ago and tobacco 30 years ago. The fear is that we face a ban on touchline advertising or football shirt sponsorship.”

In addition to criticism for its low contributions, the industry came under heavy scrutiny for its resistance to the government’s attempts to reduce the bet limits of fixed odds betting terminals, which were eventually reduced from £100 to £2.

Marc Etches, chief executive of GambleAware, welcomed the voluntary increase, telling the BBC that “it’s essential there is sufficient funding to provide for treatment and support for both problem gamblers and for those who are ‘at risk’ – particularly the young and vulnerable.”

“It is vital that we work closely with the commission, government and other organisations to ensure that operators continue to focus on making gambling products safer, and that treatment and support is properly funded”, Etches added.

Jeremy Wright has said that the government will “encourage the wider industry to step up”, though it remains to be seen whether other gambling operators will follow suit and raise their contributions. 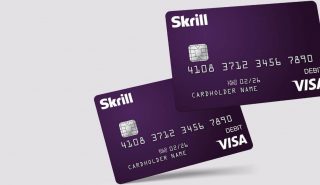