Making gambling ads even less appealing to those under the age of 18 is at the core of these changes, tightening current regulation language.

As well as inviting public opinions, the ASA has also written to both the UK Gambling Commission (UKGC) and Department for Culture, Media and Sport (DCMS).

What is the ASA looking to change about gambling ads in the UK?

Before redrafting the rules, the ASA stated that gambling ads must not have a “particular appeal” to under-18s. However, the authority will change this to not having a “strong appeal”.

“Strong appeal” is the current standard used for alcohol advertising in the UK. Rather than deciding how appealing ads are to minors, compared to adults, the potential impact they may have on children is solely considered.

An exception of the “strong appeal” definition would come where ads feature a “licensed gambling activity”. Ads for football betting could therefore be shown during a match, despite the potential appeal to youngsters. However, in this respect, operators in the UK already adhere to a voluntary whistle-to-whistle gambling ad ban.

If under-18s are excluded from gambling ads through age targeting (provided it’s effective), then the proposed rules will not apply.

Gambling advertisers will also be banned from presenting gambling as the opportunity to be part of a skill-based community, as well as suggesting that security is derived from money-back offers.

Humour and light-hearted ads that undermine the dangers associated with gambling-related harm are also not allowed. Unrealistic winning portrayals – such as winning big or first-time – are also banned.

In an article the ASA published highlighting its new measures, the organisation said the following:

“These proposals seek to strike a proportionate and effective balance between allowing gambling operators freedom to advertise to a legitimate adult audience with the need to protect under-18s and vulnerable adults from the potential harms that can arise from gambling advertising that is irresponsible.”

Celebrities are also likely to be banned from featuring in gambling ads.

At the beginning of this month, the Betting and Gaming Council (BGC) introduced new measures related to social media advertising. All of the council’s members must now make sure that their paid ads do not target people aged 25 and under – unless individual sites can prove that ads can specifically be targeted at audiences of 18 and up.

On YouTube, users are also obliged to have age-verified accounts before they can see gambling ads on the popular video platform. At the time, BGC Chief Executive Michael Dugher said that member companies and stakeholders had a “zero-tolerance” approach to promoting gambling activities to minors. 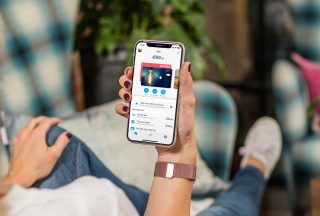