Microgaming has a large library of slot games, but one of the most popular games they have ever released is Thunderstruck. This game was released all the way back in 2004 but has stood the test of time, becoming widely regarded as one of the best online slots. Although slot games based on Norse mythology are extremely common now, this was one of the first takes on this theme from Microgaming and centres around the Norse God Thor.

Are you ready to join the god of Thunder in Olympus? If you want to play a medium variance slot game with some fun bonus features and simple graphics, then this may be the game for you. Carry on reading to get all the information you need to know about Thunderstruck and the best Microgaming casino to play it at. 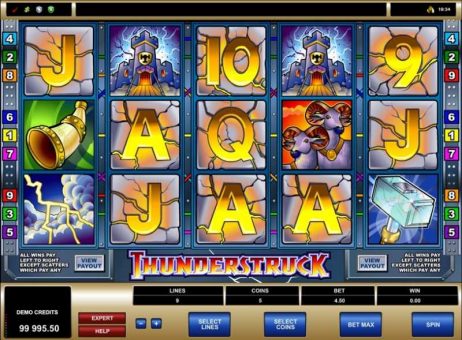 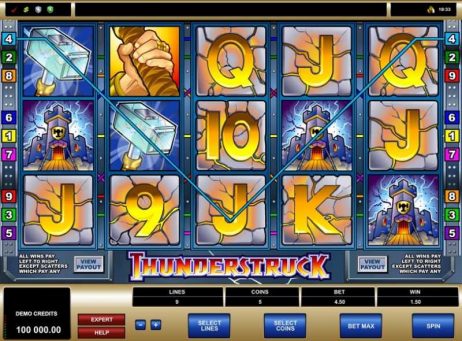 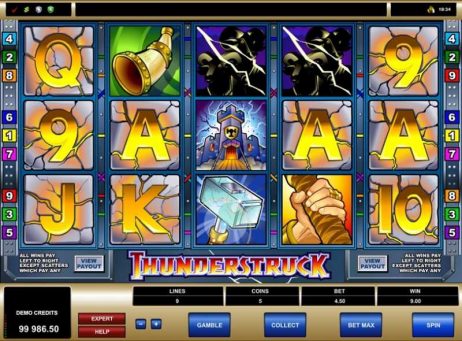 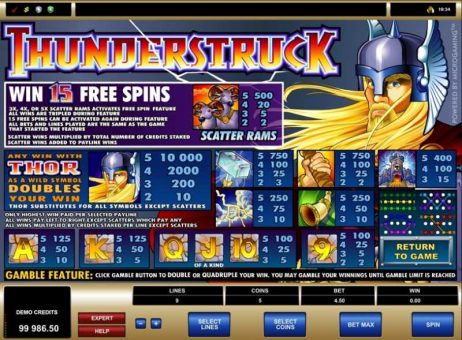 This 5 reel, 3 row slot game features 9 paylines and some simple but effective bonus features. Simply customise the stakes by coin size and paylines. Coins range from 0.01 to 1.00 and each spin will cost between 9p and £45.

As you spin the reels, you will find lots of symbols connected to Norse mythology. There are 13 symbols in total: a wild, a scatter, playing card symbols, many different objects belonging to Thor and, of course, Thor himself.

Thunderstruck has an RTP of 96.10% which is around the average for online slot games. It is also a medium variance game, which means it will tend to pay out fairly often and there is a wide range of potential payouts, which you can see in the paytable below.

The maximum win in the base game is 10000x your stake and this can be won with any bet size. To get this huge win, you must land 5 Thor symbols on your reels. However, you can potentially get a massive 30000x your stake by filling your reels with Thor wilds during the free spins feature thanks to the 3x multiplier.

Thunderstruck offers an autoplay feature which makes the game very simple and easy to play. All you have to do is set your wager and spin then the reels will turn automatically. The Bet Max button is also available in Thunderstruck which selects every payline to speed up your game play.

Thor himself is the wild symbol in this game and he will help to create winning combinations by replacing other symbols on the reels. Watch his hair blow in the wind as he does so! You will also have your win multiplied 2x for every win the wild contributes to.

The big bonus feature in this slot game is the free spins. The scatter symbol is the pair of rams and you will need to land them three or more times on your reels to trigger this feature. You will be awarded fifteen free spins plus a 3x multiplier for every win. If you get another three rams during the feature, you will award a further 15 free spins to give you 30 free spins.

Lastly, we have the gamble feature. Click on the gamble button under the reels to start. You can then guess the next suit or colour of a playing card deck. Get it correct and you can win either 2x or 4x your prize but if you guess wrong you will lose everything.

Many of the best casino bonus offers also reward free spins or bonus funds that you can use to spin the reels of Thunderstruck.

Thunderstruck is optimised for mobile play and runs smoothly on smartphones and tablets. You can choose to play either at mobile slot sites, via your device’s web browser, or mobile casino apps available for iOS and Android devices.

Thunderstruck is a little older in terms of its graphics and design, so while it looks good, the graphics are not as high-quality as the visuals of newer slots. This game has a Norse mythology theme and centres around Thor, the god of thunder. All of the symbols on the reels follow this theme including Thor himself making an appearance, his hammer, staff, castle, horn and lightning bolt, as well as your standard playing card symbols.

Again, as this is an older game, the sound effects are not as advanced as players may like as you will hear standard jingles playing  that change up for different wins as you spin the reels.

When Thunderstruck was first released, it set a new standard for Microgaming and other software developers as its graphics were the best of that time. Although the graphics are not as up to date as other slot games, this does not appear to affect its popularity and gamblers still love it. It has some nice, straight-forward bonus features and players of all levels and budgets will enjoy playing it. You can also check out its sequel, the even more popular Thunderstruck II, if you want a more up to date version of this game! 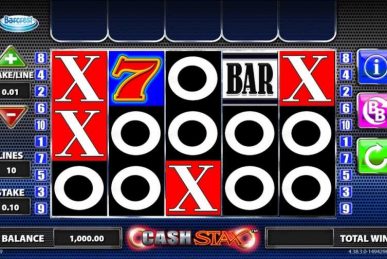 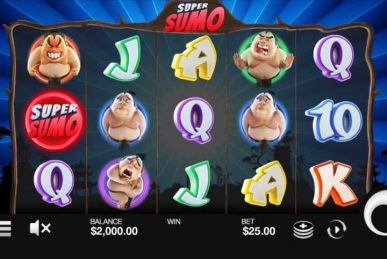 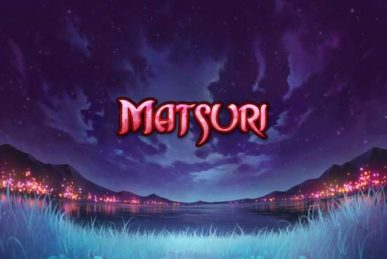