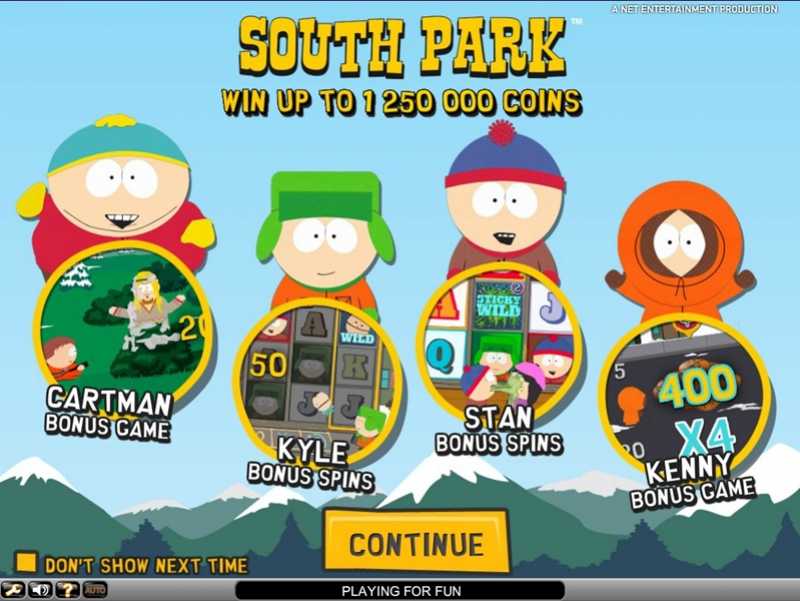 The cartoon television show South Park was first aired back in 1997 and it is still as popular as it ever was. NetEnt created a slot game based on it that will appeal mainly to fans of the show, but also to other slot game players who love games with a plethora of exciting bonus features. Players will be transported to a snowy town with the South Park characters where you will take advantage of the many bonus features they bring. You’ll also have some laughs too, as the show’s sense of humour is brought to the small screen with various clips.

Are you ready to join the South Park characters? If you want to play a high variance slots game bursting with bonus features to help you take home big wins, then this could be the one for you. Read on to find out more about the many different features South Park slot has to offer and the top NetEnt casino to play it at. 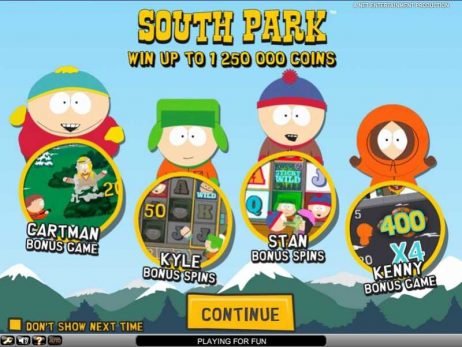 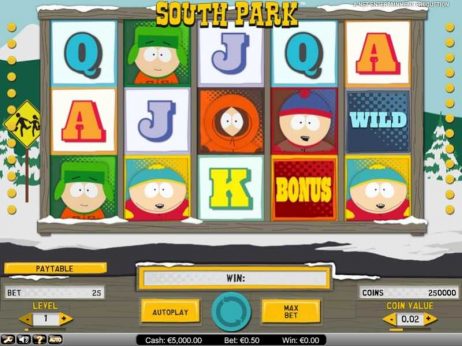 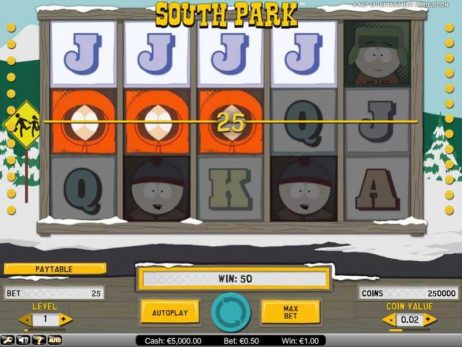 This 5 reel, 3 row slot game features 25 paylines and is jam-packed with amazing bonus features. You can customise your stakes by coin size and paylines. Coins can be set up from as little as 0.25 to 125.00 and you can place bets per spin between 25p and £125.

The graphics in this game are along the same lines as the television show and all of the symbols are characters. There are ten symbols in total: wilds, bonus symbols and main characters from the show, Kenny, Kyle, Eric and Stan.

South Park has an RTP of 96.7% which is around the average mark for slot games at online casinos. This is one of NetEnt’s high variance slots and so it’s perfect for slot players who want big wins. This game can potentially pay out big wins, but not very often so you need to be prepared to keep spinning for long periods of time and set your budget accordingly.

The maximum win in the base game is 750x your stake and this can be won with any bet size. Landing the Eric symbol on your reels 5 times will award you this. However, it is the bonus game where you can make the biggest wins with 5,000x your stake up for grabs during the Cartman Bonus feature. If you land a win, you’ll be able to cash out quickly at the top fast withdrawal casinos.

South Park has an autoplay feature to give you the option of faster game play by setting your wager and spins and allowing the game to spin automatically. There is also a max bet button to select all lines and quicken the game play.

The wild symbol will replace other symbols on your reels to create new winning combinations that will result in more cash wins.

The Cartman Bonus Game is a picking game where you will reveal a coin behind one of the yellow bushes of your choice. You can win multipliers, coin wins, warnings, another pick or the game could be over instantly.

With the Kenny Bonus Game, you will be guiding the character through a fun feature to take him out of danger. You can win multipliers and coin wins but when you let Kenny fall into a trap the bonus game ends.

You can win ten free spins in the Kyle Bonus Spins. Watch out for the Ike symbol on the fifth reel as he will be kicked onto one of five prizes. These prizes include multipliers and coin cash prizes.

The Stand Bonus Spins awards a random number of free spins plus a sticky wild on your third reel which will stay in place for two spins. Keep your fingers crossed for more wilds appearing on the reels because when all the wilds are gone, the bonus game ends.

There are also three mini features in the South Park slot game. The first is Terrence and Phillip where you will receive three wilds on your second, third and fourth reels.

Mr Hankey is the second mini feature where this character will place wilds on your first, third and fifth reels.

Cartman is the last mini feature and includes a 3×3 block of wilds on the second, third and fourth reels. This is called the beefcake wild symbol and it can grow to cover all reels.

South Park is optimised for mobile play, so you can enjoy smooth gaming at mobile <a href=”https://www.topratedcasinos.co.uk/games/slots”>slot sites</a> whether you play on a smartphone or tablet. The graphics adjust to ensure they run smoothly on your mobile browser, and you can also play on mobile casino apps for both Android and iOS devices without having to sacrifice the game quality. Playing on iOS and <a href=”https://www.topratedcasinos.co.uk/online-casinos/apps/android”>Android casino apps</a> can provide an even smoother mobile gaming experience.

South Park is a simple looking slot game and its graphics are a little outdated, though you can still play it at some <a href=”https://www.topratedcasinos.co.uk/online-casinos/new”>new UK slot sites</a>. It was released in 2013 and so the graphics are not as impressive as new slot game launches, however, they do fit the cartoon style of South Park well and include short, humorous clips which fans of the show will enjoy.

Behind the reels is a snowy background and the symbols on the reels are all characters from the series including Kenny, Stan, Eric and Kyle, plus the lower value playing card symbols. The soundtrack is unassuming until the reels start to spin fast and the music livens up to lift the atmosphere.

South Park is an iconic television show and anyone who is a fan will appreciate the slot game just as much. NetEnt has done a fantastic job in capturing the essence of the show with its cartoon graphics and humour, plus the massive range of bonus features will keep every slot player entertained for hours on end. Even if you are not a fan of the show, this is a game that is still worth checking out for the jam-packed special features.

Want to try spinning South Park? Click the link to sign up, claim one of the <a href=”https://www.topratedcasinos.co.uk/bonuses”>best casino bonus</a> offers and get started today.

Other Games by NetEnt 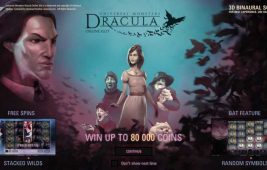 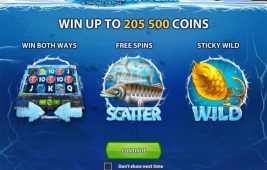 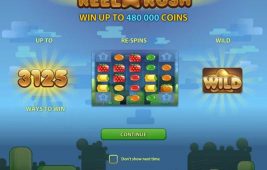